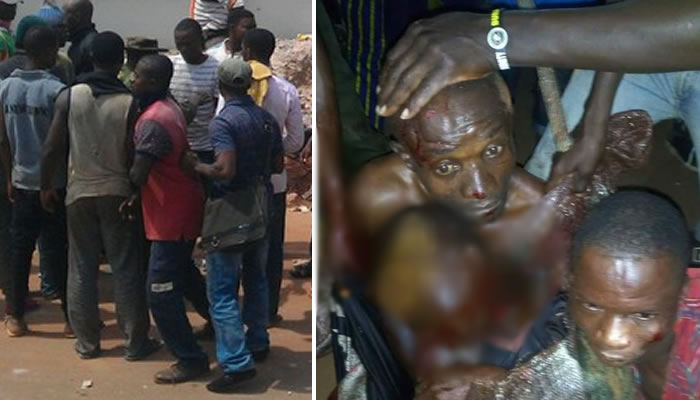 Alleged ritual killers caught trying to hide the body of a man they butchered inside a bush in in Ijebu, Ogun state.

Two suspects believed to be ritualists dealing in human parts were caught by the Vigilante on Wednesday, in Ijebu, Ogun State, with the body of a man they had just killed.

According to an eyewitness, the victim was a member of a church in the area, who had gone to fumigate the building when he was killed by the suspects.

The man is a member of a church in that area he was asked to fumigate the church before morning time that was where those ritualist sited him and he was alone they went straight for him slaughtered him and fold him inside a white sack,they got caught when they were trying to hide the sack inside bush.”