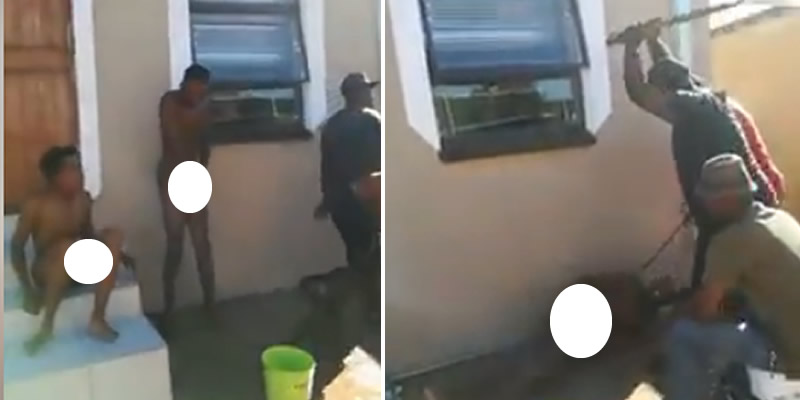 Two Gay men caught in then act, then this happened (photos)

Two suspected homosexuals were seriously dealt with after they were allegedly caught during sex romp.

It was gathered that the duo were apprehended by residents who reportedly spotted them engaging in sexual intercourse and decided to teach them lesson over the act which they labelled a ‘taboo’.

The young men were paraded outside while totally naked as they were slapped and beaten with shovel, sticks amongst other things.

It is believed that the incident happened recently in South Africa.