A video of an unidentified lady been stripped and assaulted by some ladies over allegation of attempting to sleep with a man who is not her boyfriend is making rounds on the internet and fast going viral.

In the viral video, a lady was heard saying that the assaulted lady was deceived to the location with N100k. Another lady who supposedly led the attack was also heard saying “you wan spoil my relationship for me, after I wan settle down” .

The assaulted lady could be heard pleading with the other ladies as they mercilessly flogged her and dragged her hair while filming the whole assault. The exact location and time where it happened is unknown to us, however there online speculations that they are students of Ambrose Ali University (AAU), Ekpoma, Edo State, some debunked the claim, stating the ladies are residents of Warri in Delta State.

A Twitter user identified as @trendydjtimic who shared the video wrote;

AAU school Mother beats and strip a school daughter’s naked for suspecting her of sleeping with her boyfriend. My twitter family please let’s RT this until something is been done urgently. So if u’re seeing this video in your timeline please RT 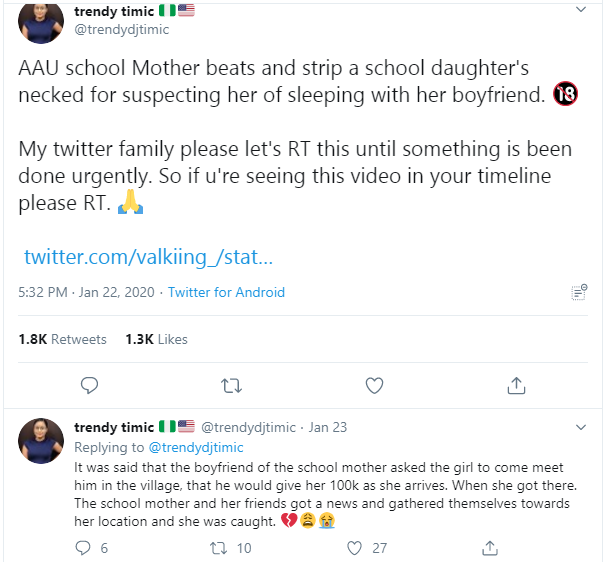 According to @trendydjtimic, the boyfriend of the school mother asked the girl to come meet him in the village, that he would give her 100k as she arrives. When she got there. The school mother and her friends got a news and gathered themselves towards her location and she was caught.

However another Twitter user @NwaezeGodson countered the claim, revealing that the girls live in Warri. He wrote; 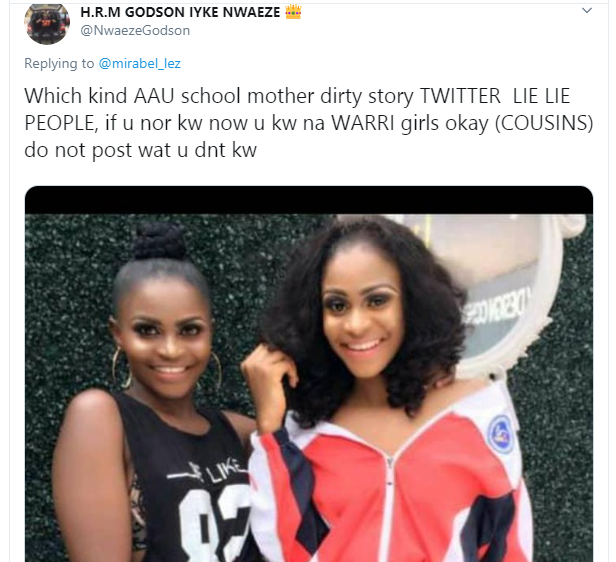 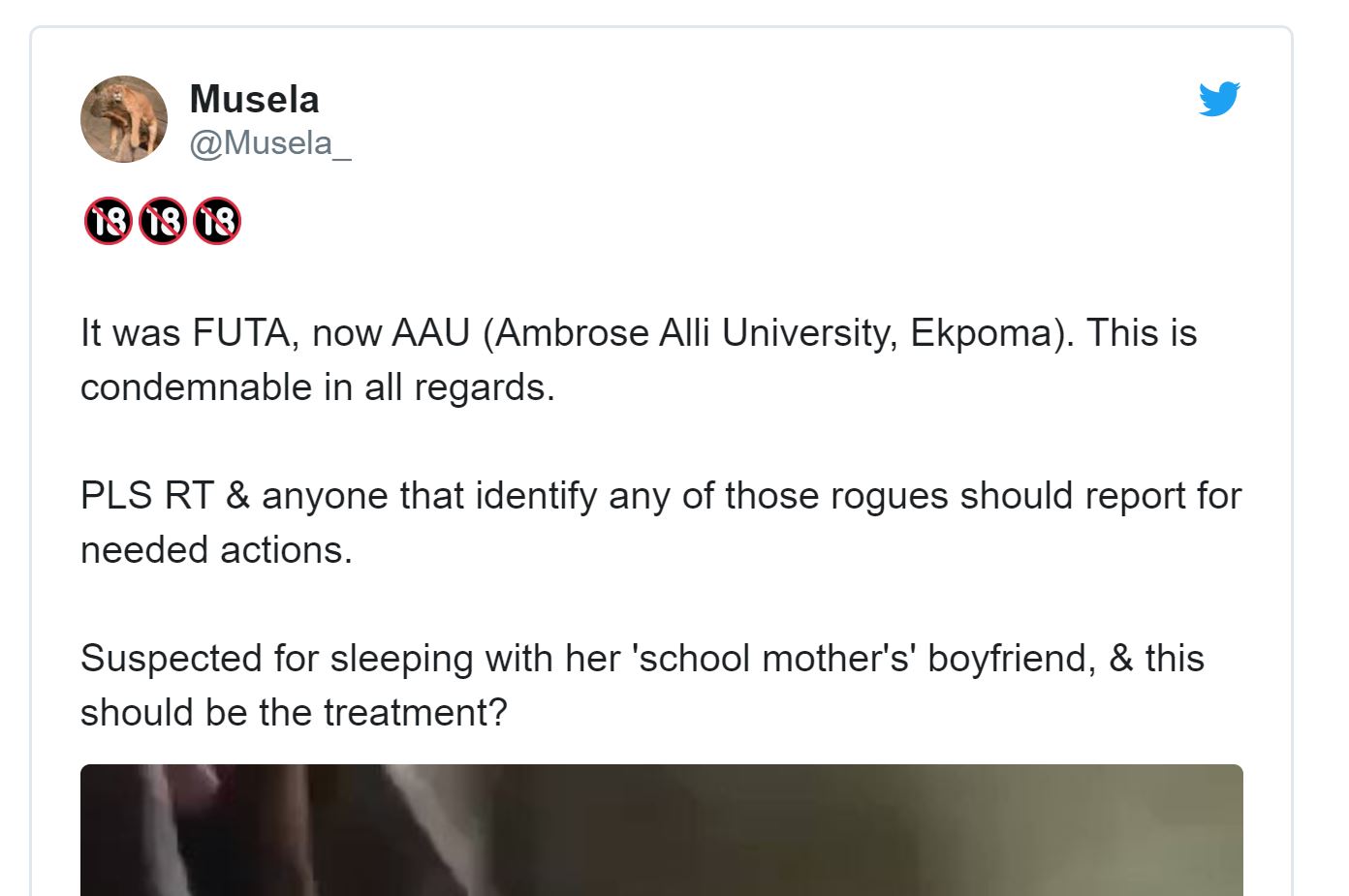