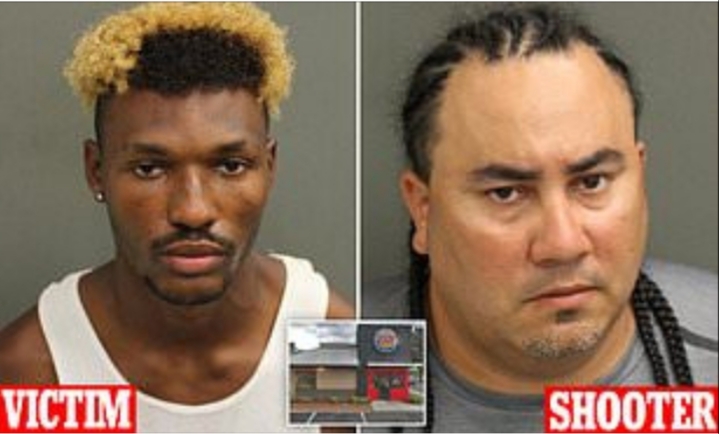 Following the shooting and killing of a Florida fast-food employee, a yet-to-be identified man has been accused of committing the act because his order took too long.

Recall that WKMG reported that a woman was upset that her Burger King order took too long.

According to the Orange County Sheriff’s Office, the woman reportedly called her boyfriend to come to the restaurant to deal with one of the employees.

According to the sheriff’s office, deputies responded to the reported shooting at Burger King on the 7000 block of E. Colonial Drive around 7:30 p.m. Saturday.

When deputies arrived they discovered Desmond A. Joshua, 22, suffering from a gunshot wound in the parking lot. He was transported to an area hospital, where he was pronounced dead.

Authorities recovered surveillance video showing Joshua in a physical altercation with a man who had him in a headlock, according to the affidavit.

Witnesses told police that the woman who was in line was mad about the delay so she reportedly got out of her vehicle and yelled that she was going to have “her man” come to the restaurant.

An employee refunded her $40 for the meal and asked her to leave, according to the report.

The woman left the Burger King and returned in a white truck with 37-year-old Kelvis Rodriguez-Tormes, who was demanding that Joshua fight him, deputies said.

A witness intervened to stop the fight when Rodriguez-Tormes put Joshua in a headlock and started choking him, according to the affidavit.

Deputies said after a witness pulled Rodriguez-Tormes off of Joshua, he went to his truck and got a gun, and told Joshua, “You got two seconds before I shoot you.”

Rodriguez-Tormes then reportedly shot and killed Joshua and drove off in the white truck, deputies said.

WKMG reported that Joshua had just started working at the fast-food chain a few days earlier.

Rodriguez-Tormes is charged with first-degree murder with a firearm, destruction of evidence, and possession of a firearm by a convicted felon, according to arrest records.