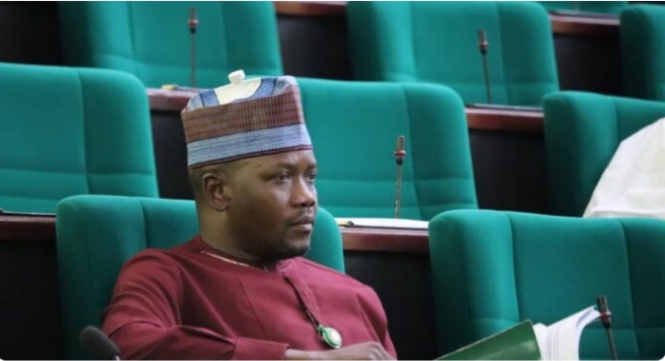 A magistrate court in the federal capital territory (FCT) has sentenced a member of the house representatives, Victor Mela to one-month in prison for perjury.

The lawmaker representing Billiri/Balanga federal constituency of Gombe state, Mela was convicted for lying under oath in the CD001 INEC form he completed ahead of the 2019 election.

The federal lawmaker claimed that he did not have dual citizenship while possessing a British passport which shows he is a citizen of Britain.

The court, however, gave him an option fine.

In a related story, WITHIN NIGERIA reported that a member of the house of representatives, Victor Mela has been convicted by a magistrate court in Wuse, Zone 6, Abuja for giving false information to the Independent National Electoral Commission (INEC) to enable him contest the 2019 election.