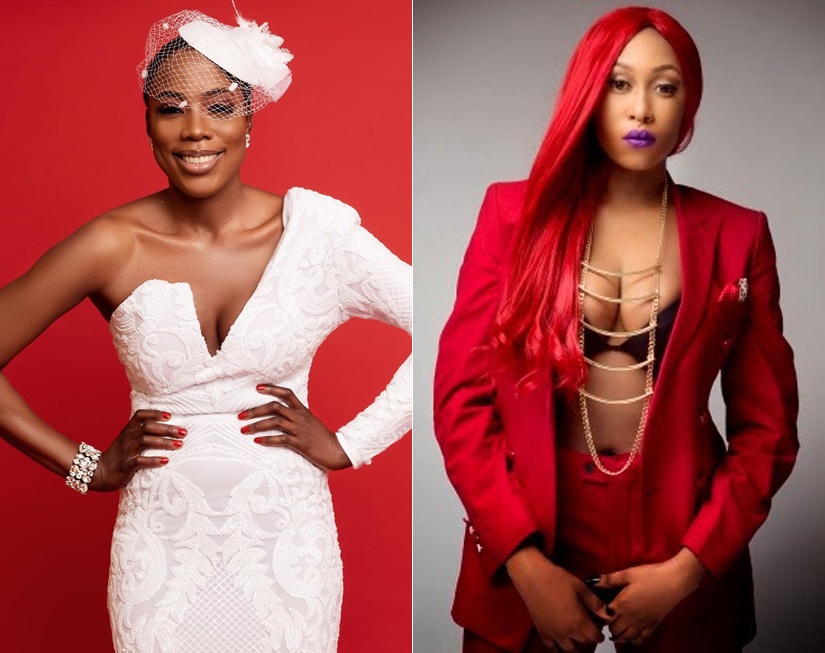 Nigerian singer, Cynthia Morgan now referred to as Madrina has continued to drag her former manager, Joy Tongo, whom she accused as being part of her failing career.

Madrina, fired back at her former Manager, Joy Tongo who quoted scriptures after she (Cynthia/Madrina) attached ‘RIP’ to her photo.

You will recall that Joy Tongo whipped up Bible verses centered on “life” in reaction to the RIP post.

However reacting to this, Cynthia Morgan described her former manager as an old witch who is quoting scriptures. She wrote; 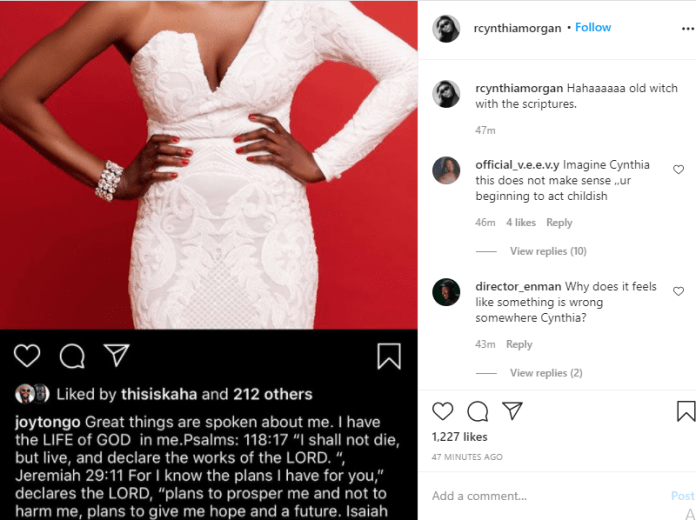 VIDEO: Cynthia Morgan Calls Out Davido, Reveals Why She Unfollowed Him…