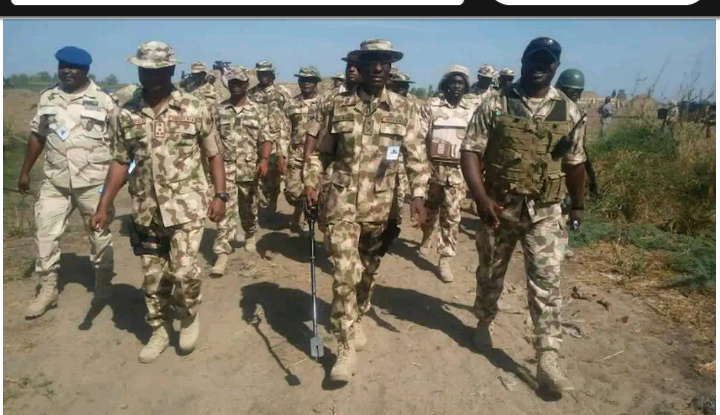 The Chief of Military Public Information for MNJTF, Col. Muhammad Dole, said this in a statement on Wednesday, in Ndjamena Chad.

Dole said the clearance operation was carried out in the vicinity of Tumbun Fulani and Tumbun Rago by the troops of Forward Operations Base Arege in close coordination with the Air Task Force (ATF).

He said the operations led to the neutralisation of no fewer than 20 terrorists, adding that the ground forces advanced and reached Tunbun Fulani but could not access Tunbun Rago due to marshy terrain.

Dole said the criminals on sighting the advancing troops fled and abandoned their check point, pulled off their uniforms and left their rifles and other equipment behind.

“At the end of the earlier battle engagement around Tunbun Fulani and Tunbun Rago, six traumatised female hostages managed to escape and were found by troops who brought them to their location.

“They were professionally handled and given medical care in the bush.

“The rescued women have been moved to Maiduguri for further processing and handover to the civil authorities before they rejoin their families,” he said.

Dole said that preliminary investigation revealed that the escapees, who hailed from Adamawa, Borno, Gombe and Yobe states, were kidnapped at different places and times by the terrorists between October 2020 to April 2021.

He also said that the MNJTF troops of Sector 4 (Niger Republic), engaged a group of fleeing Boko Haram/ISWAP terrorists at Ngagam–Kabalewa and N’guigmi and neutralised five in another encounter.

MNJTF spokesman added that two terrorists’ gun trucks were destroyed while a large cache of arms and ammunition were recovered.

According to him, one soldier paid supreme sacrifice and few others were wounded in action, currently receiving treatment at a military hospital.

Dole said the troops of Sector 1 (Cameroon) in the vicinity of Toumbuma, Kerenua, and Chikingudu neutralised two Boko Haram terrorists while maintaining dominance in the area.

He said the ongoing aggressive clearance patrol into the terrorists’ enclaves had continued to degrade the will and fighting spirit of the insurgents.

According to him, the offensive operation characterised by raids, deliberate attacks, ambushes and air operations is exacting serious pressures on the insurgents, forcing them to continue retreating and enabling hostages to escape.