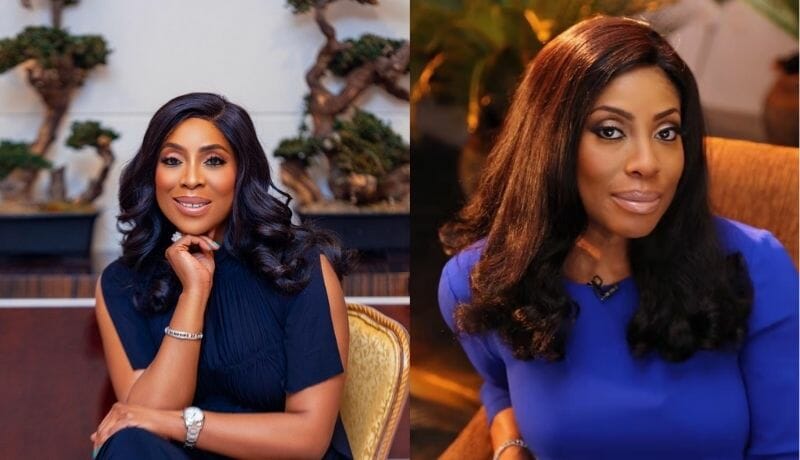 Nigerian media mogul and the founder of EbonyLife Group has gotten deserved recognition from the renowned financial magazine, Forbes.

The 57-year-old media mogul has just been named as the 98th most powerful woman in the world by Forbes for her outstanding contribution in the media and entertainment sectors.

Mo Abudu made some major partnerships including the ones with Sony Pictures Television, AMC Networks, and Netflix. It is worthy of note that her partnership with Netflix is the first time an African media company has signed a multi-title film and TV contract with Netflix.

Ngozi Okonjo-Iweala, the former Minister of Finance and current Director-General of the World Trade Organization was the other Nigerian on the list.

Recall that also in 2017, the Hollywood Reporter listed Mo Abudu among the 25 Most Powerful Women in Global Television. Back then, she was the only African woman on the list along with other powerful and reputable women from all over the world.

Mo Abudu and the success of EbonyLife TV

EbonyLife TV has produced over 4,000 hours of original, high-quality content since its inception, including the groundbreaking drama series The Governor, Sons of the Caliphate, and Fifty (the series), as well as the first pan-African talk show, Moments, with different versions broadcast in Nigeria, Ghana, Kenya, and South Africa.

Fifty, the highest-grossing Nollywood film that year, marked EbonyLife Films’ debut at the 59th BFI London Film Festival in 2015. EbonyLife also co-produced The Wedding Party in 2016, which premiered at the Toronto International Film Festival and went on to become Nigeria’s most successful film.

All these and more show the influence of the powerful brand Mo Abudu has been able to create over the years, and with that, it is not surprising that she is listed among the most powerful women in the world.