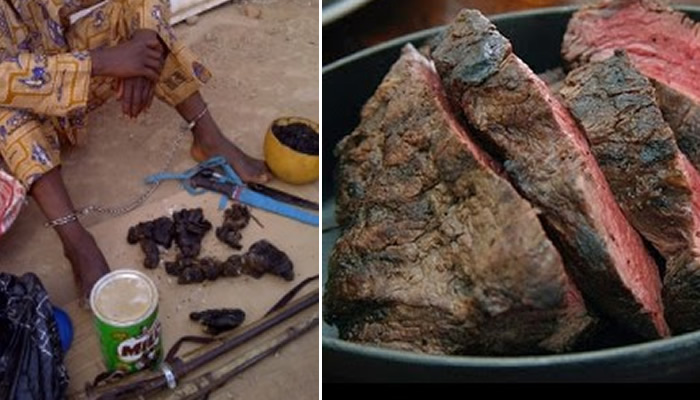 A 60-year-old man, Abubakar Abdulkadir has been arrested for allegedly being in possession of roasted human parts.

The suspect’s arrest was confirmed by Taraba State Police Command on Friday.

Misal said the suspect was arrested at Alin-Gora village, Ardo-kola Council Area of the state with the body parts suspected to be that of his nephew, Ali Gimba, reportedly missing since April 27, 2017.

Misal added that the man had roasted the body parts and stacked it in a sack when the police arrested him following a tip off.

“I can confirm to you that we arrested one Abubarka Abdulkadir, who was found in possession of body parts suspected to be that of a missing boy.

“He roasted part of the boy’s body and loaded it in a sack,” the police said.