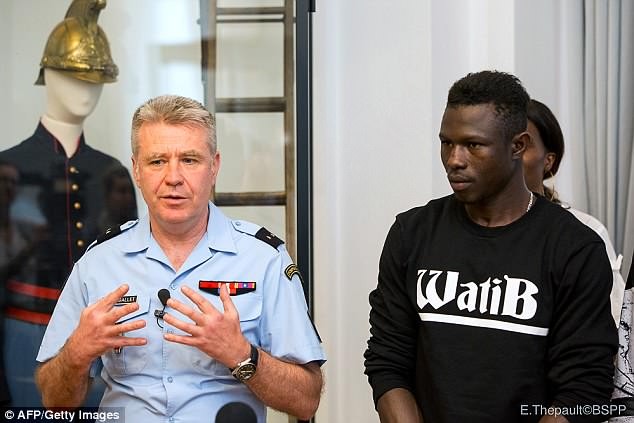 22-year-old Mamoudou Gassama, the Malian immigrant who scaled an apartment building in Paris to save the life of a dangling 4-year-old has joined the fire brigade after he was rewarded for his brave act.

French President Emmanuel Macron granted the hero “Spiderman” French citizenship and was offered to an enrollment to be a firefighter at the French fire service.

The athletic Malian received his temporary residence permit at the prefecture of Bobigny, northeast of Paris and reportedly signed up for a 10-month internship with the Paris fire and rescue services, expected to pay close to 600 euros (N251,471.10) a month.