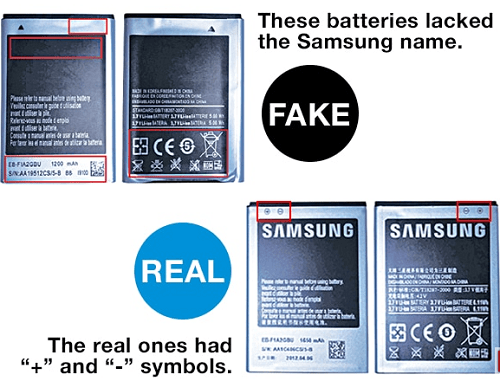 How to Identify Fake Samsung, Infinix, Tecno and iTel Phones

It is true that thousands of people have been lured into buying fake android phones (Samsung, Itel, Infinix, Tecno) because of their cheap prices, but it is also true that the motivating factor behind their mistake is a lack of awareness.

Why are there Fake Android Phones?

With this, most phone manufacturers take advantage by creating the counterfeit of popular devices. And these companies are doing well in the art of manipulating consumers into buying their knock-off phones at very low prices.

The IMEI number is a unique number for every smartphone. So it is important that the device IMEI will be similar to the manufacture box IMEI number. In other to check the IMEI Number of your Samsung device, simply dial *#06#.

In an original Samsung phone, you will get some software and hardware info by dialing some codes from dial pad. Simply dial the following codes from the dial pad.

Be smart enough to understand that the device you are holding is likely to be fake if it does not bear these codes on it.

Any original Samsung phone camera  is capable of capturing full regulation clear and Sharp photo. In a fake or clone Samsung phone, camera regulation will be like original but it’s image quality will be dull and poor.

How to Identify a Fake Infinix Smartphone

Infinix has put in measures to checkmate counterfeit Infinix smartphones in the market beginning from the one you are holding.