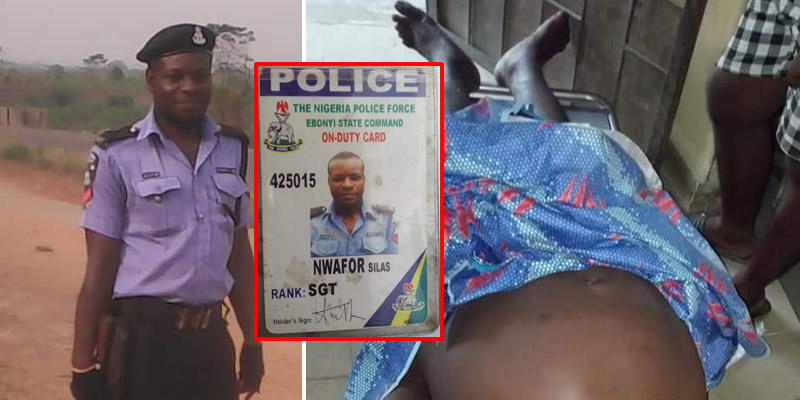 According to online reports, one of the police officers who was off duty, went to load his vehicle outside the park, by Itam Peace Column against the regulation of N.U.R.T. W.

The task force team who are in charge of the park had an encounter with policeman before he called his colleagues attached to Julius Berger company.

The policemen reportedly came in two Hilux vans and shot sporadically. The task force chairman was allegedly and shot dead by the officers.

They escaped and left one of their ID cards at the scene.  See photos below.