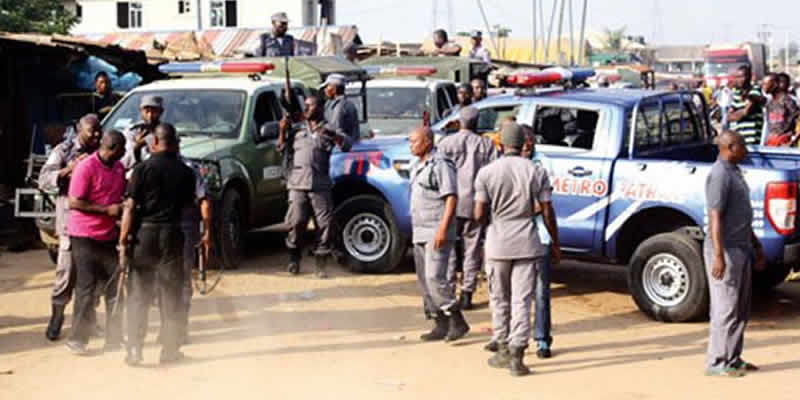 Two air force men sustained serious injuries during a scuffle with customs officials at the Gbaji Checkpoint in Badagry, near Lagos on Thursday, the News Agency of Nigeria reports.

An eyewitness told NAN in Badagry on Friday that the incident happened when the two air force men, travelling in a Toyota Camry car were stopped for routine checks by the customs men.

“One of the air force men told the customs officials that there was nothing in the car but the customs men insisted on checking their vehicle.

A NAN correspondent, who visited the scene of the incident reported that the customs men and other agencies swiftly abandoned the checkpoint after the incident for fear of reprisal attacks by air force men.

The injured men were later taken in an air force ambulance to the Mother and Child Hospital, Nigeria Air Force Forward Operations Base at Ahanve, Badagry for medical attention.

When contacted, the spokesman for the Seme Command of the Nigerian Customs Service, Mr Saidu Abudulahi, said that the customs officers, who engaged the air force men were not from the command.

He, however, said that the command would meet with the air force authorities to resolve the matter.

Men of the customs have, however, returned to the checkpoint early on Friday.

The Lagos-Badagry highway is notorious for multiple checkpoints mounted on the road by various security agencies in their bid to extort money from road users.

Efforts by the Federal Government over the years to dismantle the numerous checkpoints on the road have not yielded any dividend.

The highway links Nigeria and other countries in West Africa.