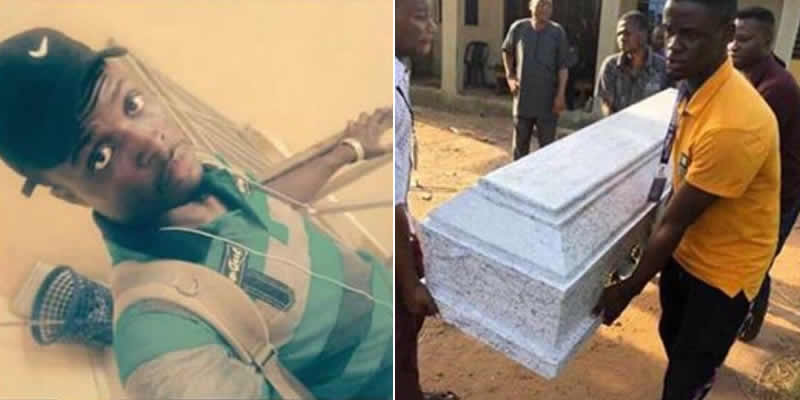 The OOU student, Gbenga Olukoyi died during a stampede that happened in a viewing centre where he went to watch the football match. According to sources, the stampede occurred after a student felt something crawling on his leg and, thinking it was a snake, raised an alarm which made everyone take to their heels.

The false alarm led to the stampede that injured over 40 students and led to the death of Gbenga Olukoyi who were all rushing to exit the viewing centre, during the Liverpool vs Barcelona match.

Gbenga allegedly died after the hospital he was rushed to rejected him due to the inability of those who took him there to make initial deposit for his treatment.

Gbenga has been laid to rest shortly after the incident, see photos below. 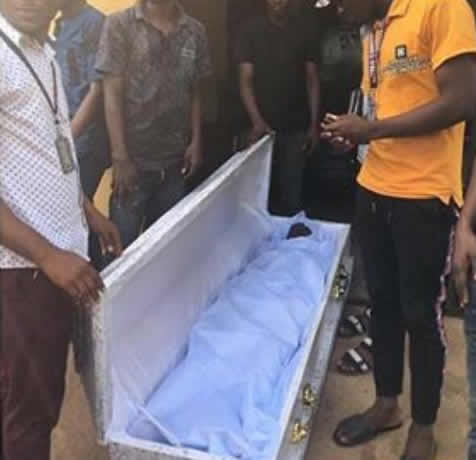 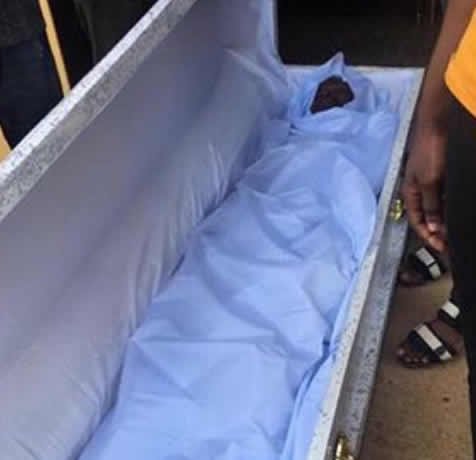 Fan trolls Regina Daniels, says she and her mother are Yahoo Boys no laptop