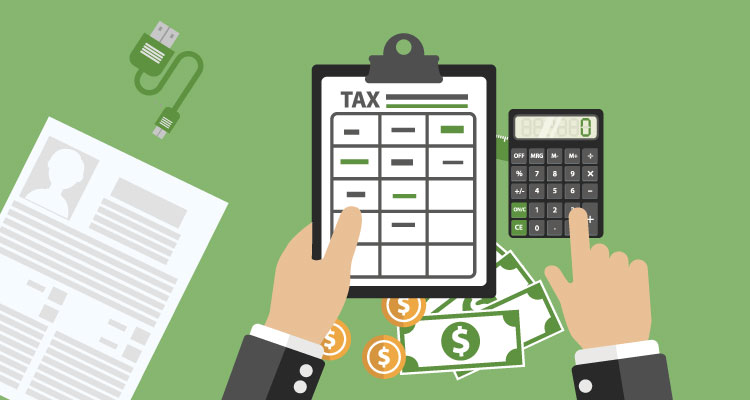 What is Bitcoin Tax Rate?

The idea of Bitcoin and cryptocurrencies, in general, has always been nebulous to most of the general population.

While many people claim to have understood Bitcoin and its intricate workings, there still seems to be a massive amount of confusion and apprehension. Regardless of your depth of knowledge on the subject, you’d undoubtedly benefit from this article on the basics of Bitcoin Tax Rate.

The Basics of Cryptocurrencies (and Bitcoin)

A cryptocurrency is a recently designed, internet-based medium of exchange. It operates on complex cryptographic functions to carry out financial transactions, and its working is based on Blockchain technology.

Cryptocurrency, in a nutshell, is a digital form of money. It can be bought and sold by solving complex cryptographic conditions. It is said to be more secure than real money because of its complicated cryptographic functions.

Cryptocurrencies are not governed by a centralized system meant to monitor transactions between users. This means cryptocurrencies have no gatekeepers.

The financial world witnessed the creation and subsequent popularity amassment of Bitcoin from 2009. A technical outline was said to have been presented for Bitcoin in October 2008, by an anonymous person or group named Satoshi Nakamoto.

Since Bitcoin’s arrival in 2009, there has been a rapid increase in the number of cryptocurrencies on the market.

Examples of those are Litecoin, Zcash, and Ethereum. In 2012, WordPress became the first company that accepted payments in Bitcoin.

The leading authorities in India never seemed to have viewed cryptocurrencies positively. Their lack of fixed regulations proves this to be the case.

The issue of a press release by the RBI in 2013 that warned crypto traders and users about the risks that came with cryptocurrencies, forced several cryptocurrency agencies operating in India to terminate their operations.

They concluded that cryptocurrencies were likely to pose a considerable threat to the Indian monetary policy.

However, the RBI did express its interest in developing a national digital currency that could be backed by a central regulatory body.

What you need to know about the Bitcoin tax rate – How are Bitcoins Taxed?

In the US, the profits generated from the sale or trade of Bitcoins are treated as a capital gain, if the purchased currency appreciates.

For instance, if you make a profit from your property sale, you can deduct losses incurred on your crypto transactions, from the capital gains on your property.

This is an effective way of reducing your Bitcoin tax rate, and there are several software for calculating crypto tax.

The tax you will have to pay depends on how long you have held your Bitcoin (or any other cryptocurrency). There are two types of capital gains tax – long term and short term.

Bitcoin sold within one year from the time of purchase will be subject to short term capital gains tax.

Bitcoin sold after one year from the time of purchase will be subject to a long term capital gains tax. This could be 0%, 15%, or 20%, depending on your taxable income and your filing status.

In the US, Bitcoin is considered property under federal tax law. This implies that tax laws on assets like property apply to cryptocurrencies as well.

Such transactions need to be declared on form 8949. The following are the situations that trigger a capital gain tax:

Capital gains taxes do not apply in the following scenarios:

Bitcoins haven’t been received well in India on account of the chaotic and confusing nature of cryptocurrencies, even though the population is showing great interest.

The unfortunate truth is that the RBI doesn’t seem to support the use of cryptocurrencies because they can’t control them. They stand by their statement that Bitcoins pose a significant threat to the Indian Monetary Policy and possess intrinsic value.

As a result, the future of Bitcoins in India is seemingly non-existent. While one can only speculate whether or not the central authorities will change their minds, we can certainly expect them to update the current crypto laws shortly. Hopefully, the new regulations will do well to clarify the utter confusion surrounding the Bitcoin Tax Rate.