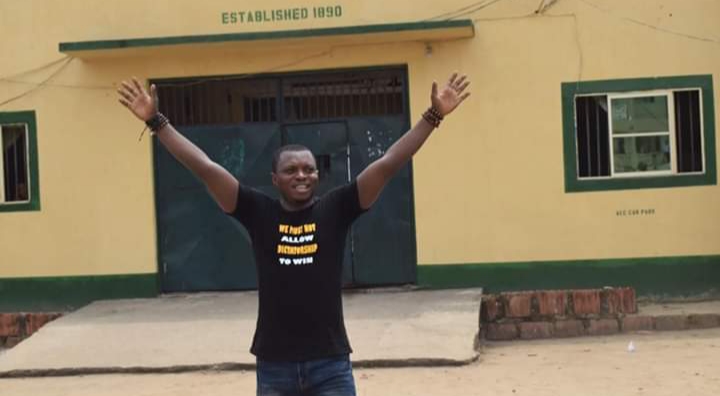 Publisher of Cross Rivers Watch, Agba Jalingo has been freed from prison custody after meeting his bail conditions.

The release of the detained journalist was confirmed to newsmen on Monday by activist Inibehe Effiong.

Recall that Agba Jalingo was arrested by the police in August 2019 on the orders of the Ben Ayade-led Cross River State Government.

Jalingo was declared a prisoner of conscience by Amnesty International as a result of his long detention in prison.

The detained journalist has regained his freedom after several protests were held to protest his prolonged detention.

Five foreigners placed under observation for Coronavirus in Cross…

The court, which had earlier rejected his bail applications, subsequently granted him bail last week.

UPDATE: Journalist, Agba Jalingo remanded in prison after being charged for terrorism…