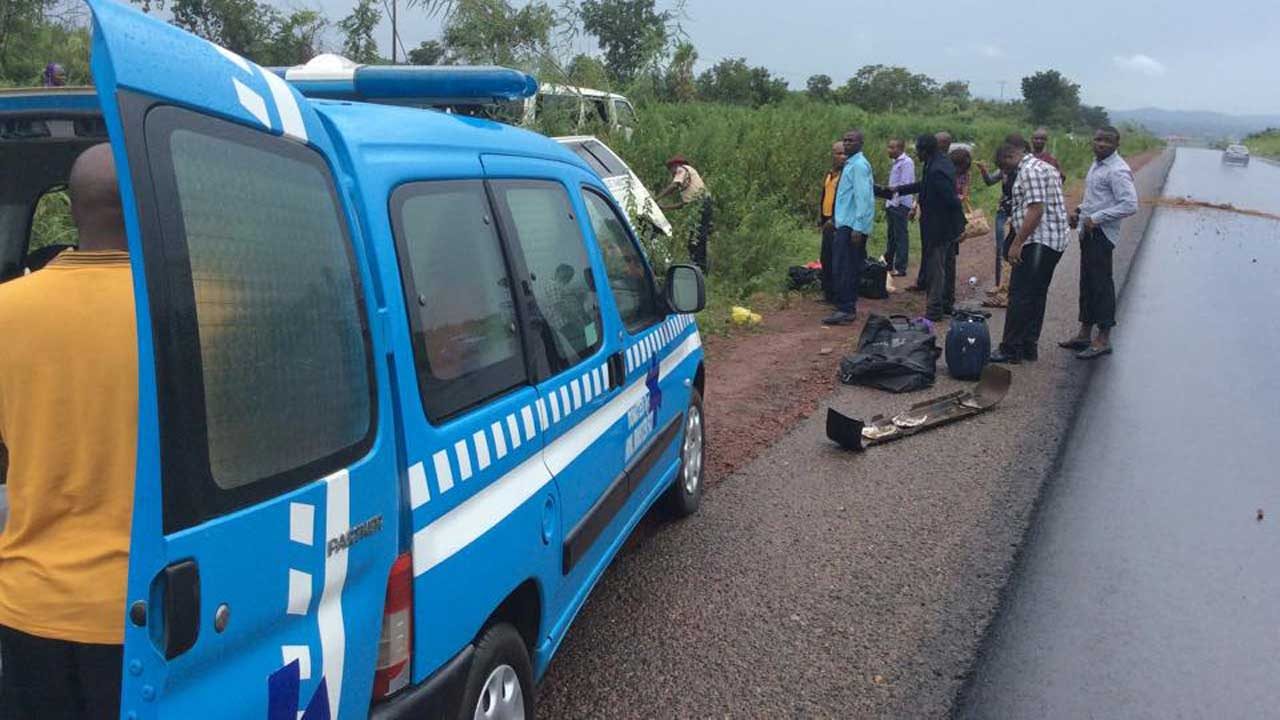 A fatal accident that occurred on Saturday night, has thrown Udeni community, in Uhunmwode Local Government Area of Edo State, into mourning, following the death of five of its leaders.

The accident occurred at about 7.30pm, at Egba junction, along the Benin/Auchi Expressway, just 24 hours after two workers of Okomu Oil PLC were burnt to death in a road accident.

The victim were said to be returning to the community after attending a funeral ceremony of an in-law to one of the community leaders, in Benin City, the State capital.

Four of the occupants were said to have been burnt to death while another victim simply identified as Jerry, died at the hospital on Sunday.

Narrating his ordeal, a survivor of the crash who simply identified himself as Best, said they “were heading home along Egba junction when a saloon car crossed the path of our 18 seater Hiace bus.

“In an attempt to avoid hitting the vehicle, our driver lost control and hit the pavement dividing the road and in the process, our bus fell and burst into flames.”

Some other victims with varying degrees of injuries are said to be receiving medical attention at the University of Benin Teaching Hospital (UBTH).

He, however, said that the Command recorded three deaths while others were rushed to the hospital.