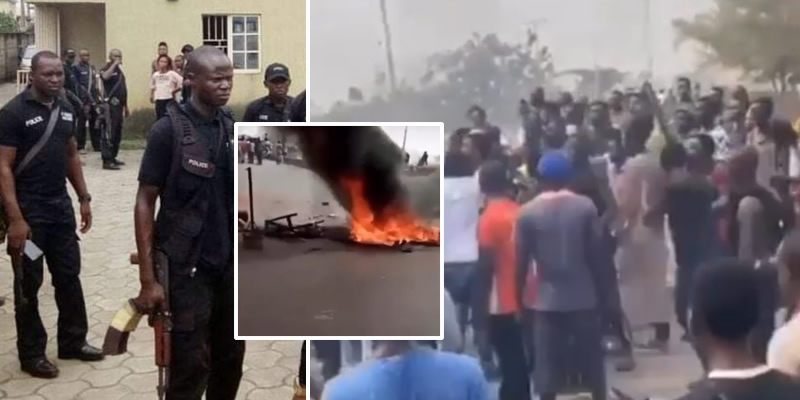 According to multiple sources who shared similar video footage from the scene of incident, the SARS officials shot sporadically while chasing some youths suspected to be Yahoo Boys and bullets from their gunshots reportedly killed two traders within the area.

The incident initially dispersed crowd in the area as people within the vicinity run for safety when the gunshots were released. However, pandemonium started after some Hausa youths identified the two victims killed by stray bullets to be one of their own.

Within a short period of time all other Hausa traders began a violent protest, burning Tyres and chanting ‘No To SARS’.

One of the eye witnesses, while recording the incident could be heard speaking in Yoruba language that:

“Olomore is a hot as Maiduguri right now!

“SARS have killed two of them.

Watch video from the scene below.

After talking about ‘disappearing’ with daughter, Davido’s second baby mama denies being suicidal

Audio of Boko Haram leader, Ibrahim Shekau begging his fighters not to run after many…

Video of a yet-to-be identified man bleeding to death under Idi-iroko Bridge,…