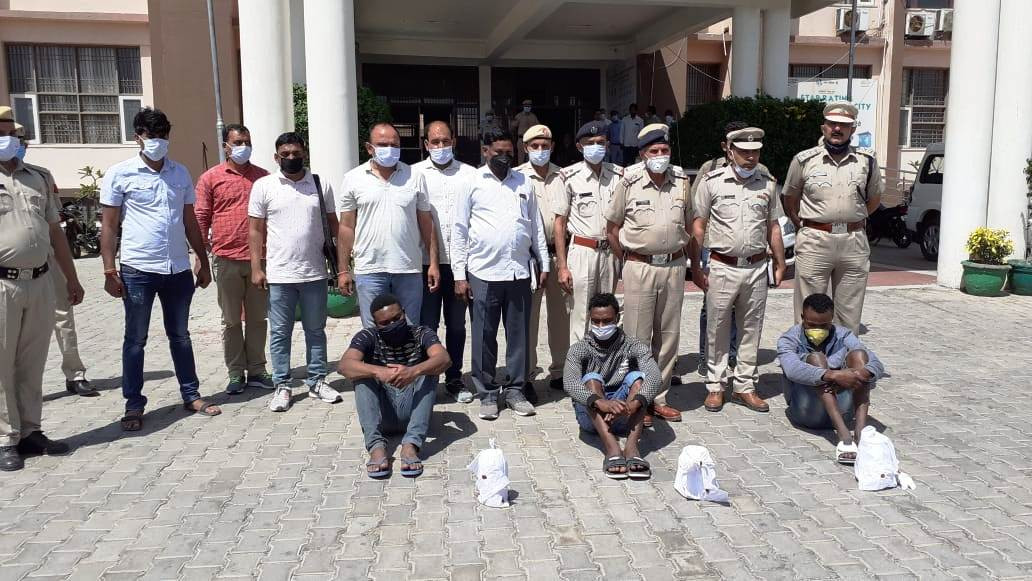 No fewer than three Nigerian nationals from Delhi have been arrested by the Haryana Police and reportedly seized 2.4 kg heroin worth crores of rupees from their profession.

This was disclosed by aspokesperson of the Haryana Police.

The suspects were identified as Alor Chukwudi Henary, Emmuel and Nicholas Chidebere Paul who all reside in Delhi.

The spokesperson disclosed that the crackdown on these drug peddlers was made by Central Intelligence Agency (CIA). The initial investigation has revealed that Emmuel was staying in India illegally as he failed to produce any document about passport or visa

However, the visa of accused Nicholas had expired on April 3, 2020,” the spokesperson added.

According to report, all the three Nigerian nationals were allegedly found supplying heroin during an investigation of a case registered on March 30 at Tauru Police Station where two youth namely — Rafeeq and Mubariq — were arrested after being charged with the NDPS Act.

During the earlier investigation, the police arrested a middleman identified as Sonu from Palwal. He revealed the names of the Nigerian nationals supplying heroin.

The Nigerians have been booked under relevant provisions of the NDPS Act.