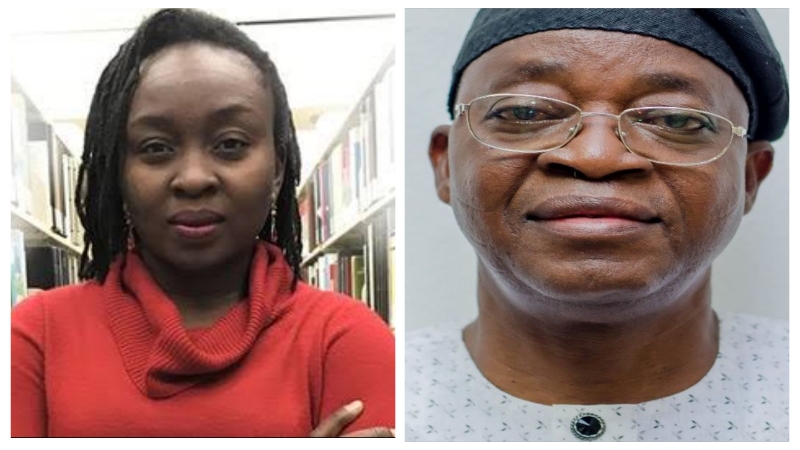 Osun State Governor, Gboyega Oyetola has spent nearly two years in office and the most celebrated achievement of the administration which cuts across the state is rehabilitation of health institutions such as general hospitals and health centres, a benefit from services worth N916m of the Federal Government’s Basic Health Care Provision Fund.

Officials of the state government have continued to enjoy the ‘camera-pulling’, self concocted praises and commendations by uploading photos of what some citizens call ‘painted and decorated houses’ as rehabilitated health centres and general hospitals without necessary medical utilities, equipments and majority of these centres are understaffed. Together with their followers who have no compassion for the poor have enjoyed the self concocted praises they earned by lying against the state and the people until diseases the supposed rehabilitated hospitals can not treat came knocking at their doors which ended the lives of two officials of the state.

Days after the sad loss of Osun Deputy Chief of Staff, Governor Gboyega Oyetola lamented the loss of his aide and recklessly said they would have taken him out of the country for treatment if there was no pandemic.

A Nigerian writer and national columnist, Abimbola Adelakun stirred the nest of Osun State Government and posited that Governor Gboyega Oyetola and his cohorts have not learnt from the bitter lessons of COVID-19. The critical writer expressed her dissatisfaction over the outbursts of the Governor.

Abimbola fired shots unexpectedly in good spirit instead of government officials to take lessons from her ‘wonderful piece’, they opened their ‘social media cage’ and allowed their social media ‘hyenas and tigers’ to attack the innocent woman for exposing lies of the government and educating their ‘lord and god’. Sadly, friends and relatives of these social media ‘hyenas and tigers’ would have no choice than to use the same hospitals in their deplorable state.

The governor who wanted to fly his late deputy chief of staff overseas for medical treatment equally knows the true state of health institutions. That was why he did not refer his aide to the ‘camera-pulling’ hospitals he rehabilitated to standard measure. Pensioners, retirees, poor and average citizens of the state who lack the fund to travel or capacity to tap into the resources of the state to travel abroad for medical treatment would continue to make use of the deplorable hospitals. Pensioners and retirees have equally served the state for year, the question Abimbola did not ask our beloved governor is; how many retirees and dying pensioners would be taken to abroad for medical treatment?

Barely 7 months ago, I visited one of the primary health centres in Osun state and I was shocked with the level of infrastructural decay I met. This primary health centre is responsible for thousands of people within the area. Besides two health workers who are staff of the centre, the health centre is characterised with broken floors, two benches and scattered 2B exercise books people buy before they can be tested. I do not want to bore you with tale of how people buy tiger batteries to do blood pressure test. The ‘lowly status and deceit’ of the government which reflected on the health centre was captured in a report titled; “SPECIAL REPORT: Unpalatable Condition Of Osun Primary Health Centre Where Patients Buy ‘N300 Tiger Batteries’ Before They Can Use Medical Appliances” published by www.withinnigeria.com.

A troubled citizen of the state once who is frustrated by the new low in governance rating of the state argued that the troubles and problems of the people mean nothing to them in as much they go on ‘camera-pulling’, sometimes stage unnecessary political plays. They share no pain of the dying pensioners nor the tales and songs of hardship in the state. Good works announce itself but in a situation where the work is not good, it becomes the duty of those who supervised the work to publicise its low quality.

I leave you all with one of the beautiful quotes of Cassandra Clare; a great author of thoughts; “lies and secrets; they are like a cancer in the soul. They eat away what is good and leave only destruction behind.

On papers and social media inclusive, Osun primary health centres and hospitals have been rehabilitated to standard measure but in reality, the state Government always find means to transport any sick official abroad. For Governor Oyetola and some of his aides, governance is a joke. They take it as a comedy show or fashion parade where people show off.