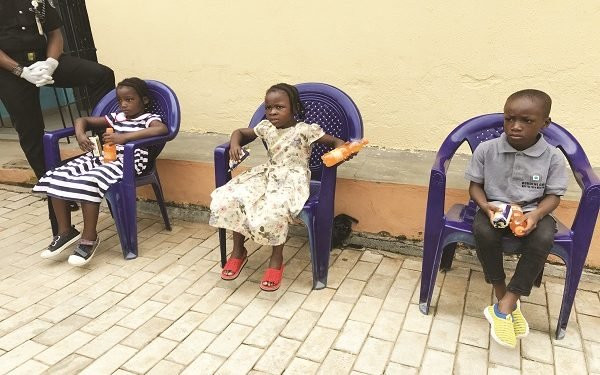 Three children, two girls and a boy who were stolen from their families since June 2019 are still with the Nigeria Police Force after being rescued by officers from kidnappers.

According to the police, they are currently in search of the families of three children, two girls and a boy to reunite them with their respective relatives.

This was disclosed by the Police Public Relations Officer in the state, Frank Mba while addressing journalists on Monday, June 29.

Mba said that the three children were among six rescued by the Intelligence Response Team (IRT) in an operation that was launched following reported cases of child theft in the FCT.

He said three of the rescued children have been reunited with their parents but the other three, pictured above, are yet to be reunited as their families cannot be located.

“We were able to identify the parents of three of the six children and the police have reunited them with their families. Unfortunately until now we have not been able to locate the parents of these three children.” Mba said.