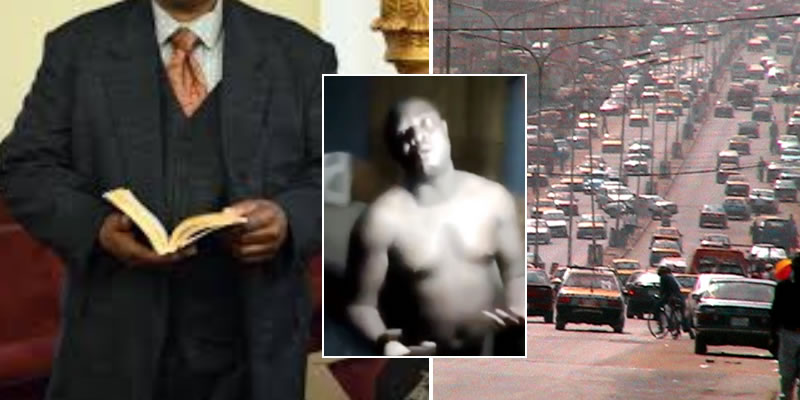 A shocking and scandalous situation has occurred, involving a pastor of the Redeemed Christian Church of God (RCCG ZONE 6 Akure), Pastor Bakare, who was caught attempting to sleep with a married woman, right inside her husband’s house.

The woman played along and allowed him to undress completely before opening the door for her husband and others to come into disgrace and humiliate the pastor.

In the video the naked pastor could be seen begging for forgiveness on his knees, asking them not to expose him. But the woman, whom he attempted to sleep with, was heard saying that they will call his wife to come and witness his shamefulness.

In a related development, a Reverend, Paul Abam, head Pastor of Word Based Prophetic and Deliverance Ministry in Cross River State was nabbed planting charm in his cousin’s land, in a bid to extort money from him some weeks ago.

A family source said the Pastor told his cousin that he needed money to uproot a charm someone planted in his land. He was however traced and caught redhanded with some fetish stuffs at a shrine in Itigidi after a resident of the community saw him planting the said charm in the land.