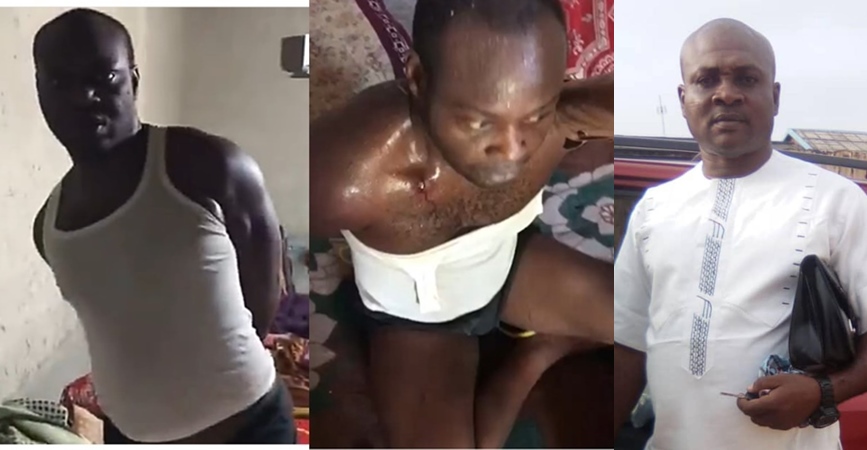 REVEALED: Identity of “ANDREW” who fled and left his brother for torture after a failed drug deal in Pakistan

Full Identity of the Nigerian man alleged to be “Andrew”, whose brother is being held as a collateral and tortured over a failed business deal in Pakistan has surfaced.

Recall that Within Nigeria made a report about a man that was seen in a viral video, being flogged brutally by members of a Pakistani gang. The man was tortured and held as a collateral by the Gang because his brother, Andrew fled after a failed deal that is suspected to be drug related. Watch the video here.

However, fresh report has revealed that the man called Andrew whose brother is being held as collateral and tortured in Afghanistan is from Anambra state, Umudim village in Akwaukwu idemili local government. He is the son of Akazuogu and his real name is Andrew okwudili mosah.

According to the news from Pakistan direct, the Pakistan drug Lord gave Andrew ‘business’ to sell and return his money, Andrew sold everything and came back with a story that the ‘market’ he gave him was too bad.

Andrew started demanding for another ‘market’ so he can use it to mix another drug, which the Pakistan drug Lord refused,  Andrew ask his brother to stay back while he goes and bring their money.

But from there he disappeared with both the goods and their money. According to his friends, they said after the business Andrew went and bought expensive Jeep, which he is flaunting in Nigeria.

Meanwhile, Nigerians in Diaspora Commission, NIDCOM, Chaired by Hon. Abike Dabiri have reacted to the situation as they ensure that they have escalated the issue for investigation.