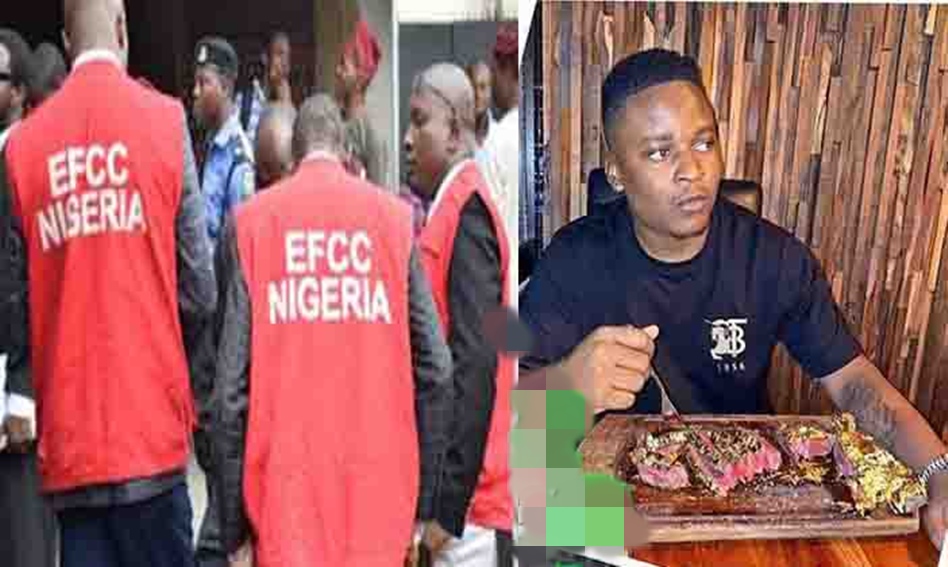 Newsmen gathered that the incident happened around 6 pm today. Killaboi was said to have been lodging in the hotel when EFCC operatives stormed the area.

According to a source: “EFCC stormed my friend’s place of work to pick up Killaboi. He allegedly used the name “Benjamin N. Best” to lodge.

The gist is that he did a N150 million POS transaction with the stolen card. He used the card to pay at the hotel and that’s how they tracked him. The entire hotel premises was surrounded and he couldn’t escape.”

In other news, following the arrest and probe of the former EFCC boss, Magu Ibrahim, the presidency on Tuesday declared that the ongoing probe of the acting Chairman of the Economic and Financial Crimes (EFCC) is an affirmation that nobody under the present administration is above scrutiny.

The Presidency also said that anybody that has been elevated to the position of EFCC Chairman must be above suspicion.