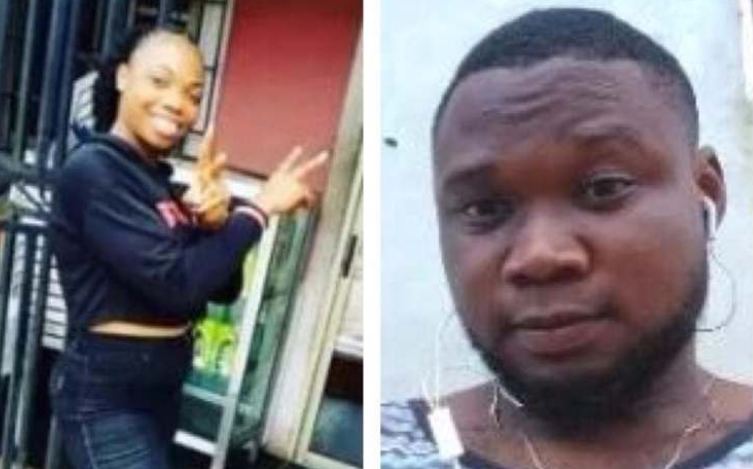 Over the weekend, there was tragedy in Sagbokoji Island in the Apapa area of Lagos after a lady allegedly stabbed her lover to death following an argument.

The lady was simply identified as 24-year-old Nkechi. Nkechi is presently in Police custody, as investigations are ongoing.

According to reports around town, Nkechi, popularly called Omalicha, moved into her lover’s apartment last year.

Residents said there had been quarrels between her and her lover, Auwal Suleiman, 26, over accusation of cheating on the part of the suspect.

The sad incident occurred on Saturday evening, while some residents of the area were celebrating Sallah.

After Nkechi stabbed her lover, she cried for help from the apartment.

A resident simply identified as John explained that:

“Those of us celebrating Sallah with our Muslim brothers abandoned our food and drinks when we heard the shout for help.

“ We met Suleiman outside the apartment. Perhaps, he crept out of the room. He was bleeding profusely. He said Omalicha stabbed him in the neck.

“By then, she ( Omalicha) was running up and down looking for a boat to convey Suleiman to the hospital. But he could not make it. She shook him, called out his name several times, begging him to wake up. But there was no response from him. Suleiman was a graduate. They started dating since 2018 but she moved in with him last year”.

John added that members of the community handed the suspect to the Police.