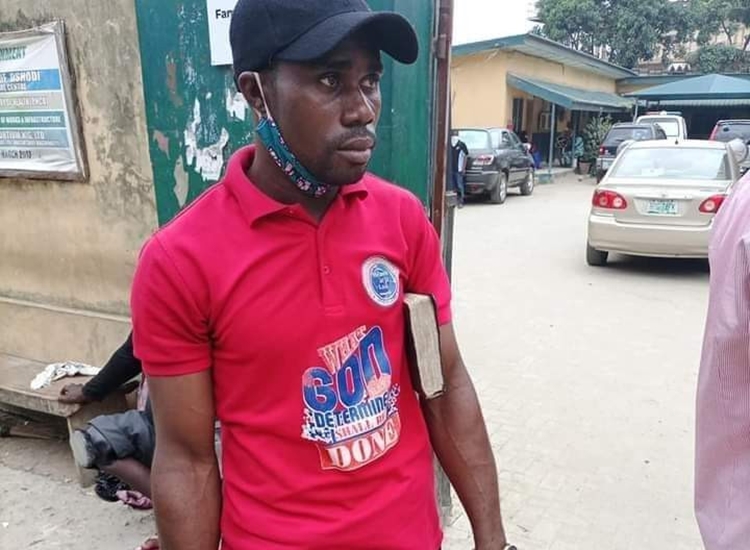 A minister in the Lord’s Chosen Church who raped two underaged sisters for years and later impregnated them under the guise of casting out badluck from them has been nabbed. 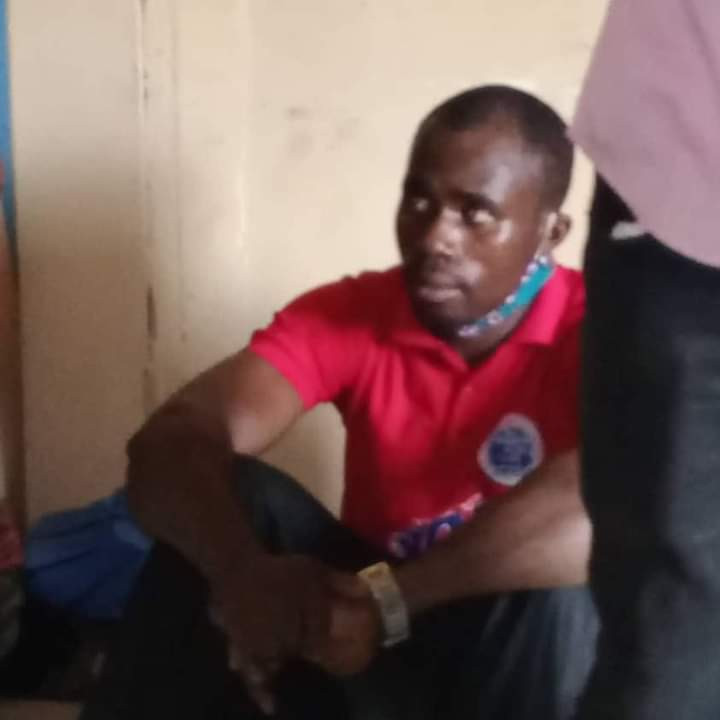 When he was eventually nabbed by a team of advocates from Stop The Abuse Foundation, the parents of the girls allegedly tried to defend him. The parents refused his arrest based on the fact that he’s a man of God and he has already promised to marry their older daughter.

According to the NGO, the pastor said that he wants the older sister to keep the pregnancy and he’ll marry her but asked that the younger sister aborts her pregnancy because what happened between them was a mistake.

Police officers at the Makinde Police Station arrested the pastor and he’s now in their custody.

Pastor Nduka Anyanwu who should be better known as Pastor Penis has allegedly raped and impregnated two sisters aged 17 and 13 years and has said he wants the older girl to keep the pregnancy because he wants to marry her but that the younger one should abort her own pregnancy as sexually defiling her was a mistake which he regretted even though he has had carnal knowledge of her uncountable times.

The wicked pastor who claims he is a minister from the Lord’s Chosen Church , Canaan land branch, Oshodi has been sexually defiling the younger girl since she was 9 years old and the older girl since she was 16 years under the pretext that she had a spiritual mark on her body that repels good things and the only way to remove the mark was to have carnal knowledge of her. She refused vehemently and reported to her parents who insisted that she must accept.

Drama however ensued when a team of advocates from Stop The Abuse Foundation and Child Advocates and Vulnerable Person’s Network tried to get him arrested with the help of policemen from Makinde Police Station,Oshodi. The parents of the survivors adamantly refused the arrest of the abuser because he is a man of God and has already promised to marry their older daughter. He was eventually arrested by the determined police officers who refused to be compromised. Thanks to the DPO of Makinde Police Station and his able and gallant police officers 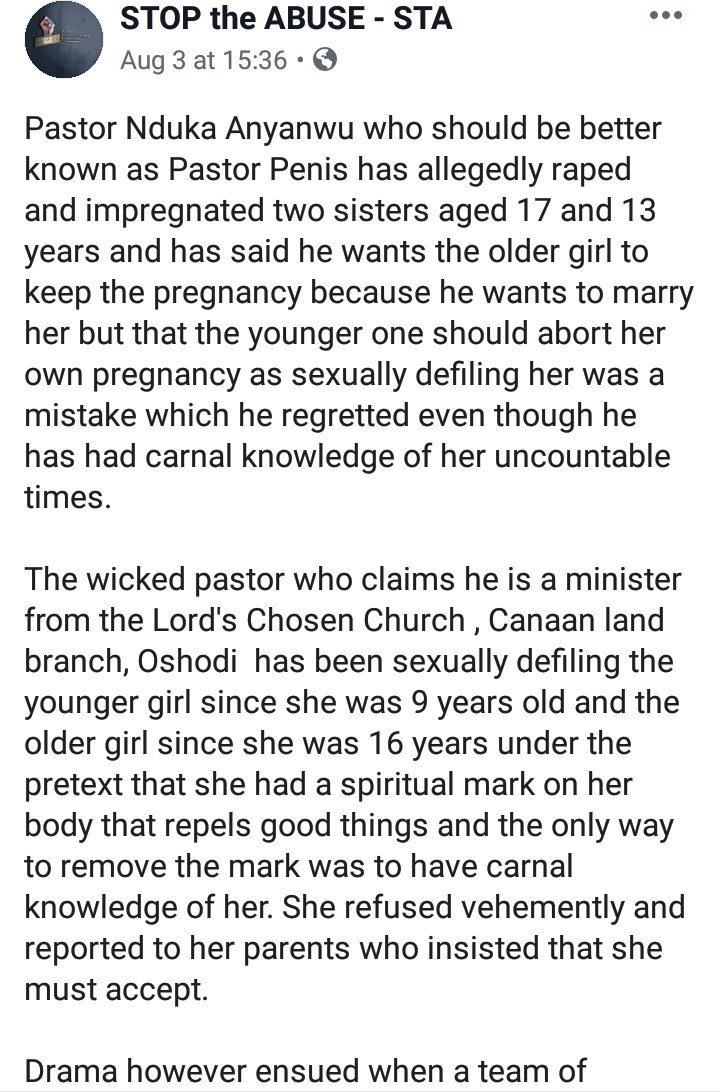 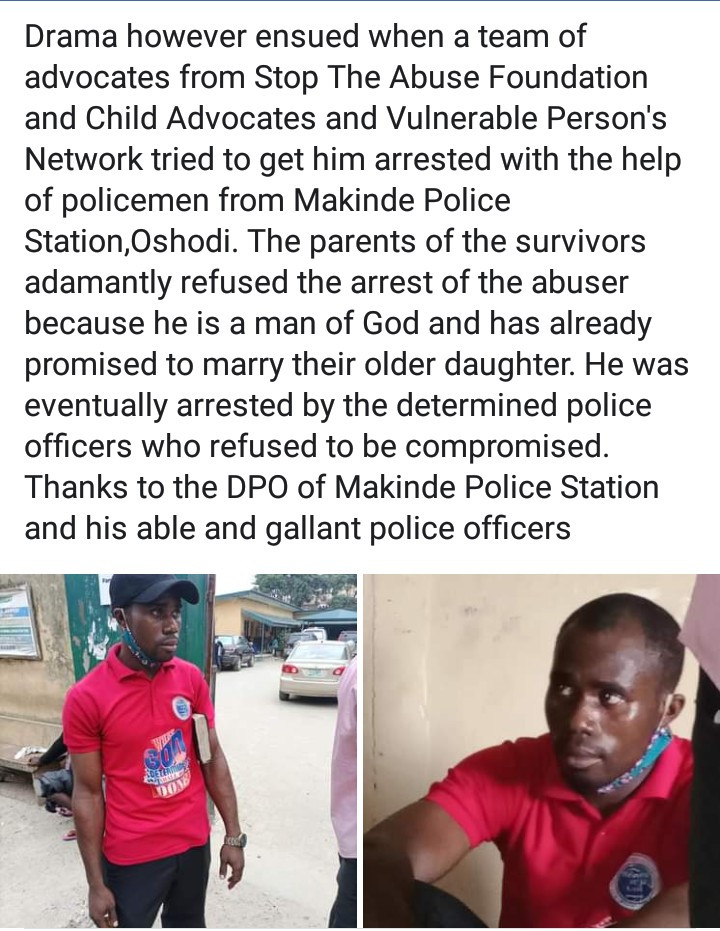