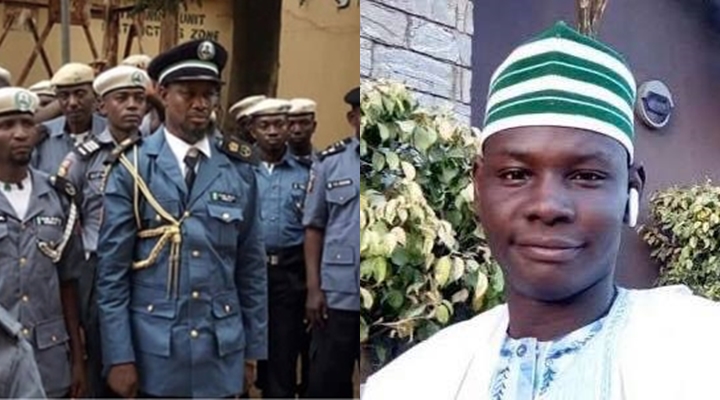 After Kano state upper Shari’ah court passed a death judgement on a 22-year-old singer, Yahaya Aminu who made a blasphemous statement against prophet Muhammad, the Kano state council of Friday mosque Imams has commended their actions.

Newsmen reports that the chairman of the council Muhammad Nasir Adam gave the thumbs up on Thursday.

He said the council has confidence that Governor Abdullahi Ganduje will sign the execution of the penalty and warn Muslims to refrain from supporting any move capable of denting the image of prophet Muhammad.

Similarly, the Commander General of the Kano State Hisbah Board, popular known as sharia police, Harun Sani Sina, has supported the judgement of the Upper Sharia Court which sentenced Aminu to death by hanging.

Sina said the board is fully in support of the judgment as it was based on the provision of Islamic law.

Recall that yesterday, leader of Boko Haram, Abubakar Shekau,  released 11 minutes audio in which he faulted the death sentencing of a man accused of blasphemy in Kano State.
“We heard about something sad happening in the state where people think they are Muslims, even though they are practicing disbelief,” Shekau stated.

“A singer opened his mouth and uttered unkind words against the Prophet (PBUH). It was said he was arrested and sentenced to death by hanging.

“According to some people, he can appeal the judgement. But what brought this if the sentence is godly?”

Shekau was saying this because an upper Shari’a court judge who sentenced the singer, Alkali Aliyu Muhammad Kani, said the accused could appeal the verdict within 30 days even though he did not deny the charges. Read more here.