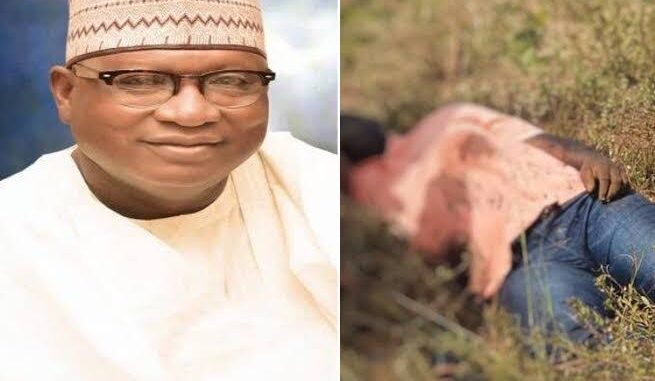 Police have arrested the suspected killer and the notorious kidnapper of the Nasarawa state chairman of the All Progressives Congress (APC), Philip Tatari Shekwo.

WITHIN NIGERIA reported that the Chairman of the All Progressives Congress (APC) in Nasarawa state, Philip Shekwo who was abducted by armed men has been found dead.

This was disclosed by the state governor, Abdullahi Sule on Tuesday in Lafia at the job fair programme.

The state governor, Sule disclosed that the killer, Mohammed Usman was arrested at Asakio, Lafia East local government by the police operatives.

Usman added the killer has confessed to the crime of killing the APC state chairman.