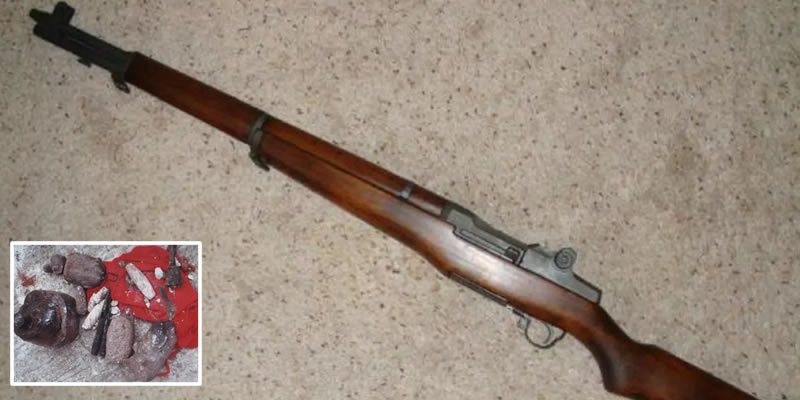 After directing his girlfriend  to test the efficacy of a “native bulletproof” (Odieshi charm), a middle-aged man has been shot dead in Calabar, Cross River State.

The young man, whose real name could not be ascertained at the time of filing this report, was simply known as “Email”. Newsmen gathered that the victim, who was a cultist and Indian hemp seller, was with a group of friends at the time of the incident on Wednesday, at his Nelson Mandela Street, Calabar South residence, opposite the Assembly of God Church.

A family source, who pleaded anonymity, told Vanguard that her sister, Blessing, was a friend to late Email, as they had been dating for some time. The source said at about 11a.m., the sister passed by the compound of the late boyfriend, who was with his friends and that they had taken local concoctions, including native charms against bullets. “After the group of friends had taken the concoctions, they started testing the efficacy of the anti-gun charms. “Others had tested theirs and it proved effective.

But the deceased young man chose to ask the girlfriend to carry out the test. So she took the gun and shot him. “Unfortunately, the bullets penetrated; he slumped, died instantly and there was chaos.” Vanguard learned that when the incident occurred, residents of the crowded compound fled.

Some among the group of friends to the deceased got angry with the girl and descended on her with matchets and other dangerous weapons, leaving her with deep cuts and bruises on her body, before the Police were called in and she was rescued. Findings showed that the Police later carried the body and his girlfriend to the Police Clinic in Calabar, where she is currently receiving treatment. Contacted, the Police Public Relations Officer, Cross River State Command, DSP Irene Ugbo, confirmed the incident and also confirmed the fact that the girl is on admission at the Police Clinic.