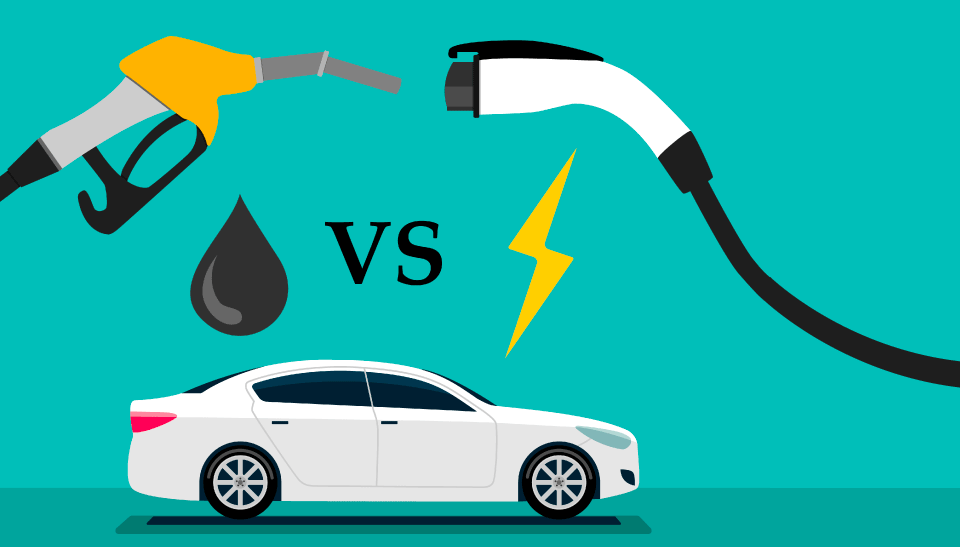 Let’s go on a short trip through time. Rewind to the year 1769, when Nicolas-Joseph Cugnot, one of the greatest minds of his day, made the first steam-powered automobile capable of human transportation.

Almost a century later, in 1886, Karl Benz made the first-ever production vehicle that was powered by an internal combustion engine and ran on three wheels.

More changes and modifications were made to this automobile. Towards the culmination of the 20th century, Toyota took the world by storm by launching the first mass-produced hybrid vehicle.

After this, the automobile industry continued to make many more changes to their vehicles, but the concept of hybrid vehicles is still something that every manufacturer is working on.

What Is A Hybrid Vehicle?

A hybrid vehicle can be any automobile that has two or more sources of power. On most occasions, the combination of internal combustion (IC) engine and a battery-powered electric motor is used.

Generally, both of these energy sources work together in harmony for maximum efficiency and lead to less burning of fuel, which gives us a better fuel economy (also known as “mileage”).

There are three different types of hybrid vehicles when it comes to automobiles. They are:

Here, the combustion engine and the electric motor are connected to blend both the power sources.

In this type, the electric motor provides all the thrust, and the combustion engine is only used to recharge the battery.

This is basically the electric cars that we have heard of. The vehicle runs on the electric motor alone, and the combustion engine is just kept as a backup if your motor loses its charge.

Few newer models of cars have gone a step ahead and combined the parallel and series type of hybrid vehicles.

The concept of hybrid power source has not only been incorporated into cars but has also been used in other vehicles like buses, trains, ships, submarines, and even in aircraft.

How Is It Designed?

Advancements in technology and products do not happen overnight. A lot of effort is put in by a vast number of people, who make something that was once termed as impossible or absurd a reality today.

These groups of people are experts at what they do. But the tools they use to make this happen is literally at everyone’s disposal.

When it comes to making advancements in the automobile industry, CFD (Computational Fluid Dynamics) plays the leading role.

Software like MATLAB and Python are used for computing, and tools like Converge CFD and Ansys Fluent are used for advanced simulations.

Why Is The Concept Of Hybrid Vehicles So Important?

A few areas where this vehicle is a big game-changer, especially for the future, are:

This is done by letting the electric motor run and supply power during key engine loadings where the combustion engine is relatively inefficient.

Another way of achieving fuel efficiency is through the regenerative braking system. Every time you apply the brake, an internal mechanism captures the energy released and uses it to recharge the battery.

In technical terms, it helps transform the kinetic energy that the car produces into electric energy that can be stored in the batteries.

You can effectively emit zero carbon into the atmosphere by using the electric motor alone, especially when traveling short distances.

In fact, a hybrid car can emit up to 46 percent fewer greenhouse gases than a regular conventional vehicle.

Hybrid vehicles are normally made up of light materials. The combustion engines used are also smaller than the normal ones as they are not the only source of power.

Thus, the combination of smaller engines and lighter materials leads to a reduction in the vehicle’s carbon footprint.

When we talk about a hybrid car, the engine can automatically shut off when idle and switch itself back on when you press the accelerator.

This leads to less idling time, which eventually saves more power and energy, winning a seal of approval from environment-conscious citizens.

Do Hybrid Vehicles Have A Bright Future?

As time moved forth, the importance of hybrid vehicles has risen in the eyes of the masses, resulting in a significant growth spurt in the market.

As per statistics, in India, sales of hybrid vehicles increased by 75% from 2018. The Delhi government also encouraged people to use hybrid cars by reducing the VAT (Value Added Tax) paid on hybrid cars from 12.5% to 5%.

The United States of America (USA) is also expected to register around 1.13 million hybrid vehicle sales in 2020, increasing by 4.7%.

All this growth encourages designers and manufacturers to look into untapped areas and make further improvements in the product. That is why hybrid vehicles are the future of innovation and technology.

Most top automotive companies have already pledged to use hybrid vehicular technology instead of the conventional internal combustion engine alone.

With the impact on the environment due to vehicular emissions at its absolute worst, hybrid vehicles have surely paved the way to a greener and sustainable future.

The demand for this concept also leads to a demand for skilled people who possess the desire and passion for the automotive industry.

If the entire concept of hybrid vehicles and their developments in the future is something that intrigues you, then get started by learning more about it.

A Hybrid Vehicle Course/Training will introduce more concepts to you and train you on things like vehicle dynamics, strength analysis, and designing using various computational tools.

So head out there and enhance your skills so that you can contribute towards building a cleaner world!