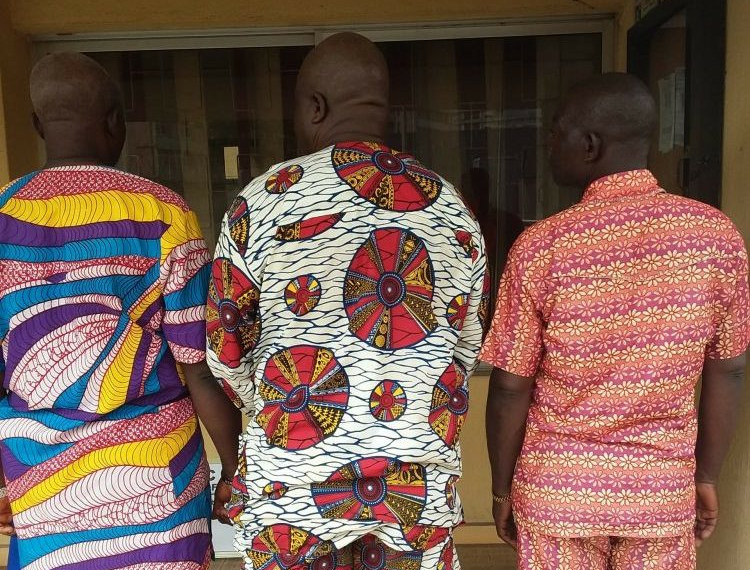 three suspected fraudsters have been arrested by the Economic and Financial Crimes Commission (EFCC) Benin Zonal office for allegedly being involved in a land sale scam.

The suspects identified as Monday Evboumwan, Adams Edigin, and Charles Amenaghawon, were paraded at the Commission’s office..

According to the spokesperson of the antigraft agency, Wilson Uwujaren, the suspects allegedly sold a non-existent plot of land for N6 million to an unsuspecting victim.

He said they have made useful statements and that they would be arraigned in court as soon as investigations were completed.

In other news, a 55-year-old Nigerian man identified as Yusuf Daniel Masara has been arrested by police officers in Kenya for allegedly defrauding a U.S national of Sh17.6 Million.