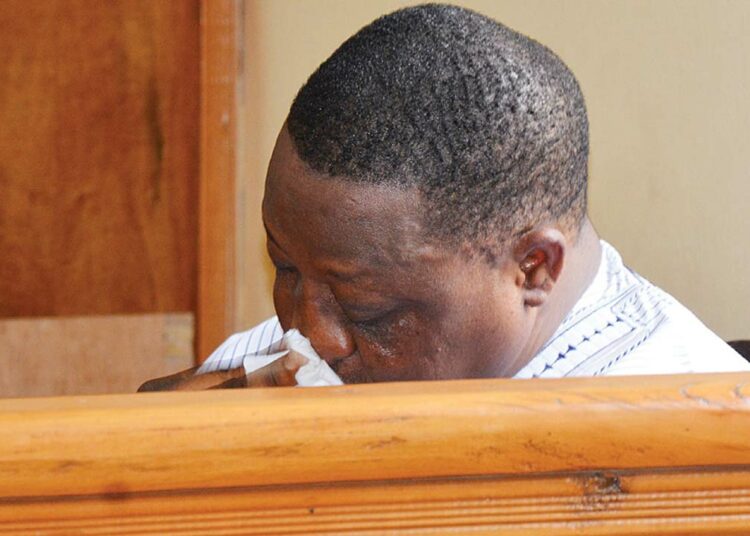 It is easier for Nigerian politicians to live with lions than to leave power. They know that power is transient and temporal but they always want to reign forever. That’s why you see a two-time governor struggling to become a Minister or Senator. They do not care about the gap in as much it keeps them in power.

When the news that Joshua Dariye is seeking for senatorial seat surfaced, it was disturbing but not surprising. The only thing that can not happen in Nigeria is what has not happened. If Dariye did not reverse his decision, he would have won at the poll.

The same Nigerians that welcomed and celebrated James Ibori after he was released from UK prison would not have rejected Joshua Dariye at the poll. Nigerians have forgiving hearts. They easily reconcile with the souls of those who made life difficult for them sometimes celebrate their freedoms when releases from prison. But Nigerians do not reconcile with their own souls nor embark on journey for freedom, liberty and prosperity.

James Ibori, Joshua Dariye and others were jailed because they looted public funds. Whose money did Dariye or Ibori loot or mismanage? Nigerians. Who protested the delay Dariye’s presidential pardon suffered? Nigerians. Who attended the welcome party organised for Ibori? Nigerians. Who are the early promoters of Dariye’s senatorial ambition? Nigerians. It is very clear that Nigerians are truly the problems of Nigeria.

However, it is worthy to note that the former governor now ex-convict has cleared the air five days after the story went viral. He publicly declared that he has no interest in seeking political office again.

Joshua Dariye, ex-governor of Plateau on June 12, 2018 was sentenced to 14 years in prison for criminal breach of trust and two years in addition for misappropriation of N1.16 billion public funds, both to run concurrently.

When the news of Dariye’s senatorial ambition went viral, I smiled and pondered. Why the National Assembly? Is the legislature a retirement home for crooks, ex-convicts or corrupt leaders? Why does he wants to make law as an ex-convict? These answers are not far-fetched.

Dariye, a beneficiary of presidential pardon quite understands that he would have no problem of association in the parliament. The National Assembly has a history of securing and protecting ex-convicts or members on trial.

The story of Joshua Dariye is not strange. His tale is similar to tales of others who are either ex-convict or facing trials on corruption in the National Assembly. If Dariye becomes a senator, he would not have been alone in the parliament.

If elected today, Dariye would surely relate well with the Chief Whip of the National Assembly, Orji Uzor Kalu who was jailed and later freed over corrupt practices. There are former governors now senators who are regular visitors at the headquarters of EFCC, anti-graft agency. We also have individuals who emptied their state treasuries and struggled to win a seat in the National Assembly for coverups.

We also have individuals like late Senator Buruji Kashamu who are running day and night from the crawls of law and justice. We have people who set up project firms, lobbied for contracts and ended up abandoning them in the National Assembly.

The house of pen robbers and movers of Agbada-crazy politics of self-sustaining and quest for personal survival without positive impacts on communities. Indeed, the National Assembly is a safe haven for crooks, ex-convicts or corrupt persons. Even if Dariye did not debunk his senatorial ambitions, why should Nigerians be bothered about it? Is the National Assembly no longer a retirement home for looters?