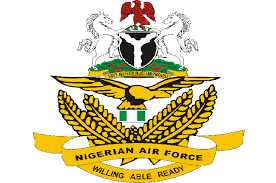 The Commandant of the institution, Air Cmdr. Ernest Owai, disclosed this during the graduation ceremony of the school held in Makurdi.

“The graduating students assembled here in Sept. with a total of 120 students for the basic intelligence course.

“However, a student was withdrawn due to health issues while 33 were withdrawn for poor academic performance during the conduct of the course.

“I am glad to inform you that the Basic Intelligence course has come to a successful end today with 86 students graduating.

“Similarly, the Imagery Intelligence Training commenced in Nov. with a total of 16 students and all graduated,” Owai said.

He urged the graduands to bring the knowledge they acquired to bear while discharging their duties.

Owai also revealed that cyber threats had continued to pose serious danger to the security of information, materials and personnel.

According to him, the graduands should devise more ingenious ways of ensuring effective management of information to achieve the objectives of NAF in line with Nigeria’s National Security imperatives.

Also speaking at the event was AVM Kenneth Kumzhi who served as the Guest of Honour.

Kumzhi told graduands that they have enormous responsibilities such as; safeguarding NAF documents, gather, collate and accurately interpret intelligence in support of NAF operations.

“The expectation is that after the courses you will operate professionally to reflect the level of experience, knowledge and skills you acquired during the courses.

“The internal security situation in Nigeria has led to an increased demand for information and personnel security as well as efficient intelligence gathering capabilities for the Armed Forces.

“Accordingly you must see yourselves as the new crop of professionals whose duty is vital in enhancing NAF operations,” Kumzhi said.

He appreciated the Chief of Air Staff, Air Marshal Isiaka Amao, for his commitment towards sustaining critical airpower capabilities of the Nigerian Air Force of which intelligence played a vital role.

Responding on behalf of the graduands, Wing Commander M.O Yahaya, thanked Amao, the Commandant of the school among others; for finding them worthy of the training.

He promised that they would bring the knowledge acquired to bear while performing their duties.