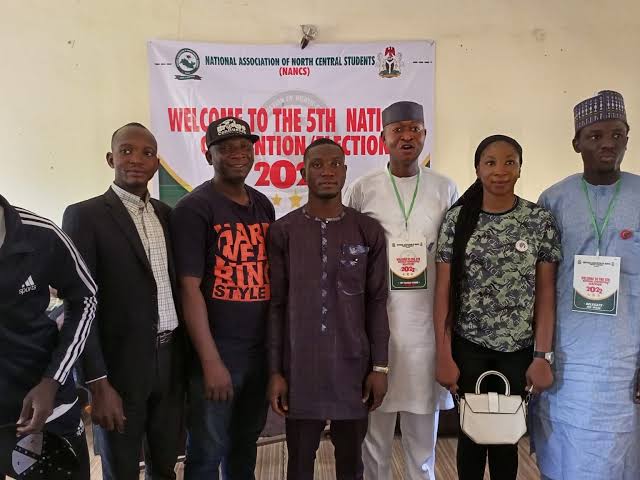 The National Association of North Central Students (NANCS) on Saturday in Keffi, Nasarawa, elected new officers that would pilot the affairs of the group for the next one year.

The News Agency of Nigeria (NAN) reports that the new executives emerged at the Fifth National Convention of the association held at the Keffi Legislative Chamber.

Addressing newsmen shortly after he was declared the President-Elect, Mr Joseph Ogwuche, called for the rapid development of schools in the North Central.

According to him, enhanced educational infrastructure will make students more useful citizens to themselves and humanity.

Ogwuche, a 200-level undergraduate of the University of Jos, pledged to accord priority attention to the welfare of members.

He promised to embark on aggressive sensitisation campaigns to educate students on shunning all forms of violence and vices.

“It is no news that our geopolitical zone is undeniably faced with lots of ugly issues, ranging from communal crisis, inadequate and dilapidated educational infrastructures and facilities.

“ We have cases of rape, sexual harassment, unjust grading, cultism, assault and different forms of human rights violation,“ he said.

Ogwuche said since students constituted the majority of youths, many of the ugly issues associated with them would be significantly reduced if they were enlightened and engaged.

He said that he would also ensure that students involved themselves in issues that would promote security in the region.

“This is a call to serve and I take up the gauntlet of responsibility as a servant-leader.

“We have developed a very workable and an achievable blueprint that cuts across welfare, academic, human capacity development and security.

“We will also at every given opportunity lobby for gainful employment for those of our leaders who had served in different capacities in student leadership but are now sadly feeding from hands to mouth.

“We will do this so they can conveniently fend for themselves and their families. There is no better way to honour them than this.

NAN reports that apart from Ogwuche other elected executives included the Senate President, Jimoh Oziohu of the Federal University, Lokoja and Vice President, Oliver Dadong of the University of Jos.

Aliyu Abdulrahman of the Federal University of Technology, Minna, was elected the Financial Secretary and Abraham Orbee of the Benue State University got the position of Deputy Senate President.