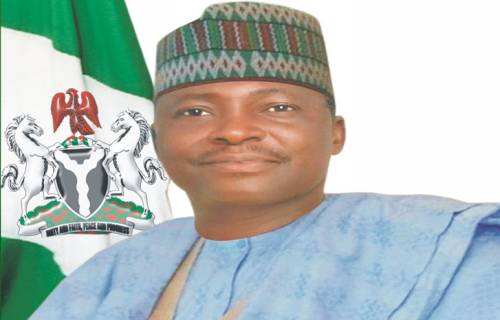 The Chairman, Abuja Municipal Area Council (AMAC), Abdullahi Candido, has called on the electorate in the Federal Capital Territory (FCT) to shun political apathy and vote for their preferred candidates in the forthcoming area council elections.

Speaking to newsmen at the end of a two-day media retreat in Keffi, Candido said that many Nigerians preferred to focus on presidential and governorship elections alone.

He added that it was important to prioritize local government elections.

“The issue of 593 polling units not having registered voters in the FCT was discussed by the Independent National Electoral Commission (INEC) with stakeholders during our meeting.”

“Area council polls usually receive this kind of apathy. Many people don’t take local governance as something that concerns them. This is a misplacement of thought because the local government is where their local challenges are resolved and settled.”

“Unfortunately, many Nigerians don’t even understand that. They have been called upon to ensure a rapid response as far as local council polls are concerned.”

“They should not think of presidential elections as the only thing they would be happy to come out and vote for. Your councillor in your ward and chairman matter. It is very necessary that Nigerians know that local polls are too important to be ridiculed and abandoned,” he said.

On his part, former Chairman, Nigeria Union of Journalist, FCT Council, Mr. Abdul-Jelil Adebayo, who spoke on the topic, “Sustaining Candido Legacies in AMAC”, stressed the need for the incoming chairman to sustain the institutions and projects established by the Candido-led administration.

“He is noted with so many firsts in terms of developmental programmes. He is the first council chairman of AMAC to have established a community radio, the first to have a security outfit called AMAC Marshals, the first to establish a microfinance outfit, and also the formation of an environmental marshal.”

“And that certainly was not all as he has and is establishing more local but modern markets scattered in the 12 wards. The police/civil defense corps are not left out as Candido uplifted them by donating a vehicle to them.”

“Indeed, whoever takes over by May this year, such a person needs to learn fast on what makes Candido a success story. Sentiments apart, the electorate will be expecting the new chairman to continue from where Candido is handing over.”

“Whoever that may be, he will surely be on his toes and strive to surpass the present benchmark,” he said.

The News Agency of Nigeria (NAN) reports that the theme of the retreat is: “AMAC Valedictory: Appraising our Legacies, Securing Gains for the Future”.