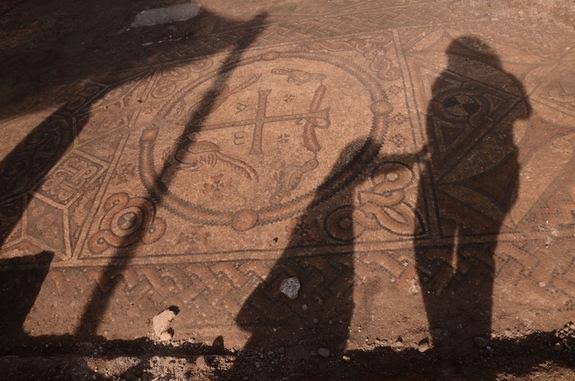 An ancient marble pillar, dated at about 1,500-years- old, was discovered on a beach in the eastern coastal city of Ashdod, the Israel Antiquities Authority (IAA) said Tuesday.

The pillar was found in a sand dune near an ancient fortress by police officers who were on a routine patrol, according to the IAA.

It was part of a Byzantine church compound, whose other remains were discovered back in 2017, including a series of tombs bearing memorial inscriptions for deacons and another tomb of a female martyr.

The church and fortress were located in the ancient port city of Ashdod-Yam or by its Greek name Azotus Paralios, in the southern part of modern Ashdod.

It was one of the most important coastal cities in the Byzantine period.

“The pillar has been exposed following heavy rains that could bring more ancient finds on the ground,” said Eli Eskozido, director of the IAA.