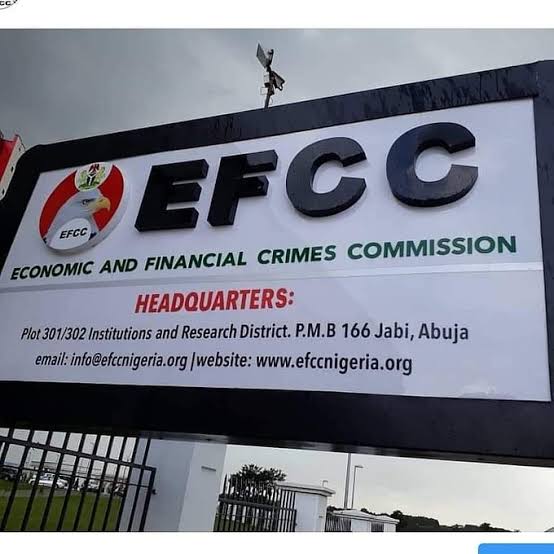 A Federal High Court in Abuja, has dismissed a suit by oil and gas services firm, Marine Assets and Offshore Equipment Limited, to stop its investigation by the Economic and Financial Crimes Commission (EFCC).

Justice Bolaji Olajuwon, in a judgment, said that the suit instituted by the company and its General Manager, Olusegun Olaleye, lacked merit.
According to Olajuwon, there was no merit in the case that sought to restrain the EFCC from investigating the payment of huge sums into the plaintiffs’ bank accounts by some firms for unknown reasons.
The News Agency of Nigeria (NAN), reports that the firm and Olaleye had filed the suit marked: FHC/ABJ/CS/1529/2020 to restrain the anti-corruption agency from investigating them.
The Judge disagreed with the lawyer to the plaintiffs, Mike Ozekhome, SAN, that the investigation of the plaintiffs’ activities  by the anti-graft agency amounted to harassment, and was unlawful.
However, she agreed with counsel for EFCC, Ekele Iheanacho, that allegations of economic and financial crimes were established against the plaintiffs and others, which required the activation of the powers of the agency to conduct investigation into their activities.
She further held that contrary to the plaintiffs’ argument, the EFCC could investigate tax evasion within its powers to investigate economic and financial crimes.
The judge rejected all the reliefs sought by the plaintiffs and dismissed it for being unmeritorious.
NAN reports that the EFCC had claimed to be investigating them and others for conspiracy, money laundering and stealing in relation to about 38,198,624.08 dollars paid into Marine Assets’ accounts within four months.
It stated that on Jan. 25, 2019, it received intelligence “bordering on monumental case of conspiracy, money laundering and stealing against the 1st plaintiff (Marine Assets), its alter ego and some other associated companies and individuals.
“The intelligence reveals that the 1st plaintiff, its directors alongside other companies like Airsafe Aviation Global Limited, used multiple accounts to move funds in and out of Nigeria to the tune of 38,198,624.08 dollars between September, 2017 and December, 2018, without any clear underlying/legitimate business transaction.
“On receipt of the intelligence, the defendant (EFCC) commenced investigation by writing to relevant commercial banks, the Corporate Affairs Commission, the Federal Inland Revenue Services (FIRS) amongst other agencies of government.
“We interviewed some individuals and companies, whose names featured in the investigation (including the 1st plaintiff through its General Manager (Operations),” EFCC stated.
The agency said that; “preliminary investigation revealed, among other findings, that both 1st plaintiff and Airsafe Aviation Global Limited, were incorporated by the CAC in 2018 with the names of Messrs Chukwunwike ChuksMacjulie and Money Sheyi Godfrey as the directors and shareholders.”
It alleged that there was, however, no record of any business done by the 1st plaintiff and Airsafe Aviation Global Limited since incorporation.
“Between March, 2018 and April, 2019, one Jokai Global Services Limited transferred to the UBA Plc accounts of the 1st plaintiff the sums of 89,716,591.37 dollars and N18,555,337,336,86.
“Between March 2018 and April, 2019, the same Jokai Global Services Limited transferred into the UBA Plc account of Airsafe Aviation Global Limited the sums of 13,041, 641.35 dollars and N1,489,401,426.65.
“The transactions referred to above, which generated these funds were vague and obscure.
“None of these companies mentioned above, as well as others that featured in the intelligence, declared their activities by way of filing financial statements, annual reports to regulatory authorities like the FIRS, CAC, etc.
“These companies never paid taxes despite the humongous payments they received into their accounts.
“The high volume of funds received into the accounts of the 1st plaintiff shortly after its incorporation, necessitated the need to even inquire into its tax records with a view to determine the lawfulness or otherwise of the financial activities of the 1st plaintiff,” the agency said.
0
Share FacebookTwitterGoogle+ReddItWhatsAppPinterestEmail
You might also like More from author