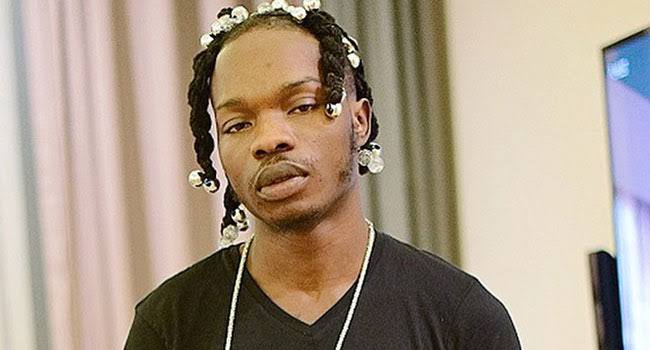 Defence, on Thursday, concluded cross-examination of the second prosecution witness in the trial.

The second prosecution witness, Mr Augustine Anosike, is a forensic analyst, who began evidence in 2021.

The News Agency of Nigeria (NAN) reports that the Economic and Financial Crimes Commission (EFCC) is prosecuting the defendant.

Naira Marley, who sang the popular song: “Am I a yahoo boy”, was arraigned on May 20, 2019, before Justice Nicholas Oweibo, but he pleaded not guilty.

The court granted him bail in the sum of two million naira, with two sureties in like sum.

On Thursday, defence concluded cross-examination of the second prosecution witness, who ended evidence on Oct. 27, 2021.

During the cross-examination, defence counsel, Mr Olalekan Ojo (SAN), asked the witness what he understood by “to authorize a text or WhatsApp message”.

In response, the witness told the court that in his opinion, authorship referred to the producer or maker of the text.

On whether he confirms if the messages extracted from Fashola’s phone were products of human activities, he said, “I cannot tell because I am not in possession of the gadgets that transferred the messages”.

According to him, since the gadgets used for sending and receiving messages belonged to a human, that human is supposed to know how the messages emerged.

Defence counsel also asked the witness if he indicated in his report that the name Azeez Fashola was the sender of any of the messages.

The witness attempted to state that the defendant had other names saved in his phone, but defence counsel asked him to answer the question directly.

In response, the witness replied, “I cannot remember”.

When defence counsel asked that Exhibit F be shown to the witness as it contained details of his analysis which he had told the court was material to the case, the witness replied “My lord, I am not sure.”

Defence counsel then said, “My lord, we are not comfortable with the reply: “I am not sure”.

Ojo again reminded the witness that he had told the court that everything contained in Exhibit F was deemed relevant, adding that his reply before the court showed an attempt to be evasive.

Later, the witness replied: “In my report, I did not indicate such, but the general principle is that the owner of a phone is the sender of a message except he  gave the phone to another person.”

Following his response, defence  suggested to the witness that in Exhibit F, his extraction did not show the number of people who had used the phone other than the owner.

The witness also testified  that ownership of a phone was not the same thing as usage of that phone.

He, however, told the court that he was not sure if a SIM card number could be shared or used by different persons.

When asked if from Exhibit A, there was any indication that the suspect had other names, the witness replied, “There is no column for other names; it is not indicated.”

On whether his analysis on Exhibit F showed or linked the messages to fall within Nigeria’s territory, the witness replied: “The configuration of a phone depends on whether the location can be detected.

“If GPS is on, it can be detected, but if GPS is not enabled, then only the owner has knowledge of where he is sending or receving messages from.”

Defence then said to the witness, “I suggest to you that it is the sender of the messages in this case that can know the truth or otherwise of this case,”

The witness replied, “Yes, my lord.”

The court has adjourned the case until June 1 for re-examination of the witness and continuation of trial.

The commission alleged that Fashola and his accomplices conspired to use different Access Bank ATM cards to defraud their victims.

It alleged that the defendant used a bank credit card issued to another person, in a bid to obtain fraudulent financial gains.

The EFCC also said that the defendant possessed counterfeit credit cards belonging to different people, with intent to defraud which amounted to theft.