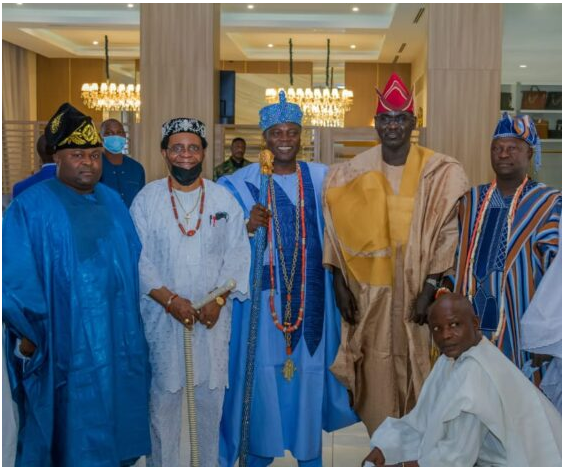 The traditional ruler said such activities would enhance understanding, tolerance and strengthen peaceful coexistence amongst communities.

Umar-Jabbi made the call on Monday at a Ramadan fasting breakfast organised by Youths For Resolution and Peace Building Initiative, an NGO.

He noted that he partnered with the NGO in organising the event in view of its relevance and enjoined groups, associations to emulate gesture to curb crime in the society.

Umar-Jabbi said the move to join Muslims in breaking their Ramadan fasting breakfast was aimed at strengthening the bond of friendship and promote unity among the different faith-based organisations in the state.

He stressed that this would help in tackling religious extremism and hatred among Sokoto state residents.

According to him, joining Muslims in breaking Ramadan fast will not change their religion and encouraged other Christian leaders to find ways of strengthening interfaith activities.

”God created us to be in relationship with all human beings irrespective of tribe, culture, religion, colour, size, region and continent,” he said.

Earlier, the NGO’s Coordinator, Malam Abubakar Mailato, said the move was aimed at promoting religious tolerance throughout Nigeria, and in Niger Republic and other neighbouring countries.

Mailato said the breakfast was a testimony of how the NGO’s moves is being accepted as the exercise was attended by Christian and Muslim leaders resident in Sokoto irrespective of cultural backgrounds.

A Sokoto-based Islamic scholar, Sheikh Aminu Sufi, described the breakfast as a right step in the right direction which would surely fastened relationship between Muslins and non-Muslims.

Sufi emphasised the need repeating such events beyond Ramadan periods in consideration of its value to harnessing peaceful coexistence.

He stressed that crime perpetrators and peoples with bad attitudes as well as bad manners do not reflect the teachings of all religions.

He called for more understanding, tolerance and synergy among adherents of religions toward eradicating security challenges and other ugly activities bedevilling the nation.

A Christian Leader, Rev. Nuhu Bala, commended the organisers of the event, noting that it will further strengthen peaceful co-existence and ties, religious tolerance, and forgiveness.

Bala said the programme would spread the message of peace and unity and encourage Nigerians to shun all forms of ethnic, religious, political and regional differences.

“We must love our Muslim neighbours; that is why we are here to join them in celebrating the Ramadan fasting and to urge them to rededicate their lives to the worship of Allah,’’ he said.

The News Agency of Nigeria (NAN) reports that the event was attended by community youths and women groups, civil societies, NGOs and individuals.