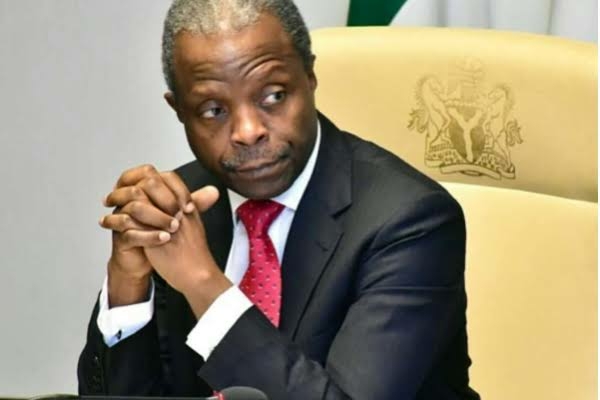 Vice President Yemi Osinbajo has described the late Alaafin of Oyo, Oba Lamidi Adeyemi III, as a bridge-builder whose great intellectual knowledge and depth would be missed.

Osinbajo’s spokesman, Laolu Akande, in a statement in Abuja, said the vice president spoke with newsmen on Monday while on a visit to Ondo state.

The late traditional ruler passed away on  April 22 at the age of 83 after ruling as Alaafin of Oyo for 52 years.

The vice president said that the late Alaafin of Oyo impacted the lives of many in his community, the Southwest and across the country.

“We all feel a great deal of pain and a deep sense of loss. The late Alaafin of Oyo, was a force of nature all by himself; he was a man of incredible knowledge, depth; and he was erudite in every way.”

Osinbajo spoke about his personal experience with the late highly revered traditional ruler.

The vice president said he had several meetings with him, especially in Abuja and sometimes in Ibadan.

“He wrote several articles and books and he was always very keen to share them. I think that clearly, the late Alaafin of Oyo was somebody I believe that the traditional institution hid from most of Nigeria just in terms of his intellectual depth and his knowledge.”

On the late Alaafin’s impact on his community and beyond, Osinbajo thanked God that he was such an incredible and impactful leader.

He said he didn’t just impact Yoruba land or Oyo state, but the entire nation.

“Today, we celebrate a man who has lived a life of impact, who has reigned as a monarch, not just royalty, but he has royally proved that you can make a tremendous impact in the lives of common people and in the life of your nation even while serving as a monarch in just one portion, one part of your country. I think his impact has been nationwide,” he said.

The vice president expressed his condolences to the family, government and the people of Oyo State on the passing of one of the leading traditional rulers in the country.