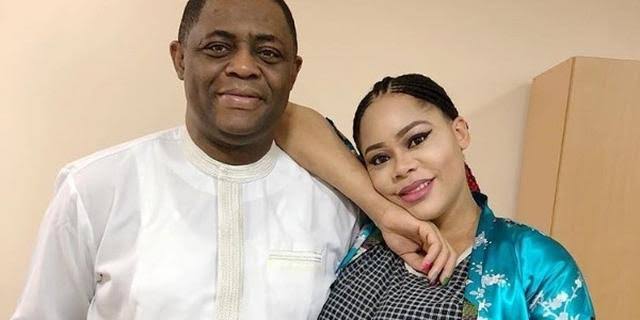 By Olumide Gbenga On Apr 29, 2022
0
Share
The offence, listed as count 14 in the new amended charge, was alleged to have been committed by Chikwendu and Emmanuel Anakan, a co-defendant, on Wednesday within the premises of the Federal High Court, Abuja.
They were alleged to have “criminally threatened the lives of Bako Maina, Isah Kudaru and other witnesses in the case to eliminate them by death if they insist in testifying in the case.”
The offence was said to be punishable under Section 397 of the Penal Code.
Chikwendu (2nd defendant) and three others were to be re-arraigned before Justice Inyang Ekwo on 14-count charge.
Other defendants in the trial include Anakan, Prisca  Chikwendu and Osakwe Azubuike as 1st, 3rd and 4th defendants respectively, while others are said to be at large.
The four defendants were earlier arraigned before the court on Feb. 14 on 13 counts, and Justice Ekwo fixed April 27, April 28 and April 29 for trial commencement.
But in an amended charge marked: FHC/ABJ/CR/01/2022 dated and filed by John Ijagbemi on behalf of Commissioner of Police, FCT Command on April 28,, the ex-wife was also being charged on allegations bordering on attempted murder of her former husband and children.
She was alleged to have carried two kitchen knives threatening to kill Fani-Kayode, the children and other occupants of the house at Asokoro on Nov. 24, 2018, within the court jurisdiction.
An offence said to be punishable under Section 229 of the Penal Code Law.
She was also accused of making false allegations on Nov. 24, 2018 with doctored pictures with intent to deceive members of the public and make them believe that the injuries in the pictures were inflicted on her by her ex-husband.
Besides, Chikwendu was alleged to have “criminally uploaded doctored/photo-shopped pictures” of her biological child, Liam Femi Fani-Kayode, who was four years old, in order to deceive members of the public that the child sustained injury on his forehead.
According to the charge, the offence is punishable under Section 24 (1) (b) of the Cybercrime (Prohibition, Prevention Etc) Act 2015.
The defendants were further alleged to have committed offences bordering on cybercrime, intimidation to kill the former minister by use of Internet, through which they said he did nor deserve to live.
They were also alleged to have criminally used internet to send abusive messages with intent to bully, defame and harass her ex-husband.
They were alleged to have fabricated false evidence by deposing to series of affidavits that Chief Fani-Kayode physically and sexually assaulted members of his domestics staff in inhuman conduct by causing same to be electronically published in a national daily.
Chikwendu was also alleged to have, through her Facebook page, referred to Fani-Kayode as “Mr Short Fuse,” on Dec. 7, 2021, among others.
The matter, which was second on the Friday’s cause list, was however stalled as the judge directed that the re-arraignment be rescheduled
The case was fixed for June 29 for the defendants to take their plea in the fresh charge.
NAN reports that though the matter came up on Wednesday for re-arraignment, the trial suffered a setback as Justice Ekwo fixed today, Friday, for their re-arraignment.
In a related development, Chikwendu is also answering charges of defamation brought against her by former lawmaker, Sen. Grace Bent before a sister judge, Obiora Egwuatu.
Chikwendu, who was accused of infidelity by the former minister of Aviation was also said to have withdrawn various civil cases filed against Fani-Kayode.
Although the duo had parted ways, the former minister said Chikwendu had always been given access to her children under closed supervision due to her alleged mental challenges which could result to hurting the children.
Fani-Kayode had also alleged that the ex-beauty queen stopped calling the children on telephone for some months now contrary to her habit in the past.
0
Share FacebookTwitterGoogle+ReddItWhatsAppPinterestEmail
You might also like More from author