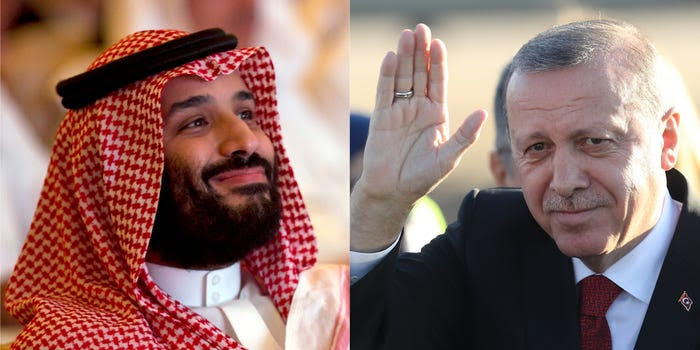 The two sides discussed ways of expanding cooperation in all areas, the Saudi Press Agency (SPA) reported after the meeting.

Erdogan had earlier referred to a new era of cooperation between the “two brotherly nations”.

He also paid a visit to the holy city of Mecca during the Muslim holy month of Ramadan, which lasts until early next week.

It was his first visit to the kingdom since Khashoggi’s murder in the Saudi consulate in Istanbul in October 2018.

The killing placed an additional burden on already troubled relations between the two countries.

U.S. intelligence services have identified the crown prince as being behind the murder, an allegation the Saudi royal house has rejected.

After initially investigating the murder and conducting a trial in absentia of 26 defendants, a Turkish court controversially ruled that the trial could be moved to Saudi Arabia.

Observers see economic interests to boost the struggling Turkish economy behind the rapprochement, which has been promoted by Erdogan.