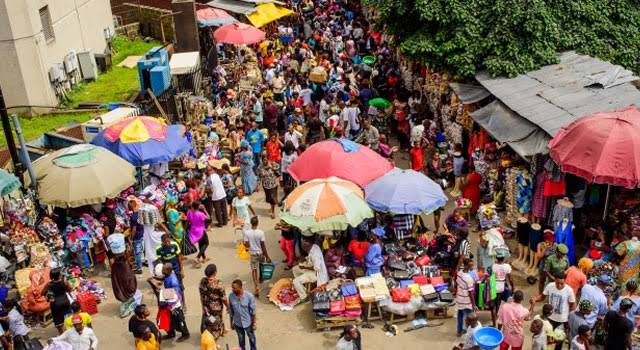 According to the News Agency of Nigeria (NAN), the protesters from Oseokwuodu (Ose) Market in the commercial town of Onitsha, on Thursday besieged the State Government House, Awka, in protest against the move by Anambra Governor, Prof Charles Soludo, to impose a caretaker leadership on them.

The traders insisted that the governor’s action is in clear contravention and abuse of rights of the traders and market women to chose their leaders which they had earlier done in a free, fair and credible election process held on February 3, 2022.

NAN recalls that Soludo had in a statement by the state Commissioner for Commerce and Industry, Dr Obinna Ngonadi, that the government has dissolved executives of 30 market unions in the state.

The statement said that Oseokwuodu, Ogbaru Relief Market and others would have their newly-elected officers dissolved to pave way for constitution of caretaker committees.

The state government cited that the affected markets had flawed election processes, a claim the protesters faulted with proof of their credibility to chose their present executives.

The protesters said that the election that produced the incumbent leadership was duly approved and monitored by officials of the state government and therefore should be allowed to serve their tenure.

NAN reports that the traders stormed the government house with placards with different inscriptions.

They also appealed to the governor not to dissolve their leadership, because according to them, election into their offices were duly conducted.

Representatives of Anambra State Market and Traders Association (ASMATA) and security agencies were in attendance during the protest.

President General of the Oseokwuodu Market, Mr. Anthony Onwuetiaka, lamented over the move by the All Progressives Grand Alliance (APGA)-led government to nullify the election that led to the emergence of his executive barely three months into office without due consultation with them.

Onwuetiaka stated that his executive had contacted the Commissioner for Commerce to find out reasons their leadership which was to last three years would be dissolved for no serious reason.

He said that the government, through the commerce and trade ministry, informed the body that there was a petition against his executive when indeed there was none.

According to him, “I requested for copies of the said petition and the Commissioner could not provide any.

“I asked him why? He said maybe the aggrieved parties petitioned the governor directly.

“That is why we are here to tell our governor that we have no issue in the market about the election.

“We do not also need any caretaker committee. We are with the government and ever ready to discuss and partner them,” he said.

The protesters urged the state government to find an amicable settlement to the lingering impasse.

The leadership said that they remain law abiding citizens who are willing to toe the path of peace and progress of the new government in place.

The State Commissioner for Homelands Affairs, Mr Chikodi Anara, who was represented by Head (Operations) in the Ministry, Dr Samuel Ezenduka, received the protesters.

He assured the protesters that their requests would be duly communicated to the governor for necessary attention, decisions and positive action.

Ezenduka commended the traders for their conduct on a peaceful and orderly manner to press home their demands.