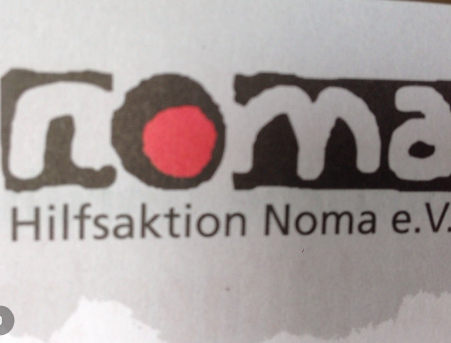 The group, now known as the Nigeria Aids Noma Initiative (NANI), will build a 100-bed capacity Noma Treatment Centre,
offer free reconstruction surgery to children with the disease and also provide for their feeding and schooling while
undergoing treatment.

The Minister of Health, Dr Osagie Ehanire, said during the ground-breaking ceremony for the centre in Abuja that
Noma disease is no longer found in developed countries of the world.

Reports have it that Noma or cancrum oris is as an infectious and non-contagious disease
which rapidly eats away soft tissue and bones around the face.

NAN also reports that eating the soft tissue and bones results in an awful disfigurement that does not fail to draw attention.

The minister, therefore, said that “the disease is a public health problem in low and middle income countries, where severe
economic disparity affects lives and development of children.

“It progresses rapidly and if left untreated, the patient’s condition can become life threatening.’’

Ehanire said that Noma had a mortality rate of up to 90 per cent, adding that “almost invariably affects children from the age
of two to six years, with poor health status defined by abject poverty and malnutrition.

“Those who survive it suffer life-long disfigurement from defects of the face that makes eating, speaking and social relationships
difficult. Social exclusion and stigma are the result.’’

The minister explained that Noma disease is primarily an illness that thrives under severe malnutrition, neglected oral health and
personal hygiene and poor environmental sanitation.

He said that the predisposing factors are vitamin deficiencies, opportunistic infections, including measles and malaria, and any
immune compromising condition.

According to him, the disease is preventable if above mentioned modifiable risk factors are addressed, while routine and
public preventive health and immunisation  programmes reach target populations.
He added that early detection and treatment of Noma could reverse the devastating impact and be a life-saver.

He said that a 70-bed Noma Children’s Hospital in Sokoto State which was established in 1999 and treats patients in that
sub-region is the only facility in Nigeria till date.

He added that “this new centre will hopefully give more visibility to a disease that many do not know about, making it
actually a neglected ailment that should no longer exist, given the economic potential of our country.

“The purpose of our gathering here today, however, is to say welcome to Hilfasktion Noma eV, now known as NANI,
under whose auspices we are  laying the foundation stone of the second Noma Treatment Centre in Nigeria.

“The Federal Ministry of Health and the people of Nigeria deeply appreciate the interest, perseverance and sacrifice
of the Winkler Family of Germany, whose story of true philanthropy must be told.’’

The World Health Organisation (WHO) Country Representative, Dr Walter Mulombo, said nine out of 10 children
die from the disease, adding that poor hygiene and diseases like measles weakens the immune system.

Represented by Dr Alexander Chimbaru, Mulombo said those who survive suffer from disfigurement and stigmatization.

He said “we have supported the Federal Ministry of Health to build capacity, even at the state level on preventive care.

He added that the second Noma Centre would go a long way in serving patients.

The Chief Medical Director (CMD) of National Hospital Abuja (NHA),
Dr Jaf Momoh, said that the facility, when completed, would serve Nigeria and neighbouring countries where Noma cases are found.

He added that “this place is central and patients can be transported here more easily to undergo specialised care,
particularly the reconstruction part of the Noma treatment.’’

Momoh said “the disease disfigures the face, the muscles and even the bone of the mouth.’’

He explained that treatment would require maxillofacial surgeons, plastic surgeons and dentists to fix and rearrange
the teeth and even speech therapists, all of whom were readily available at NHA.