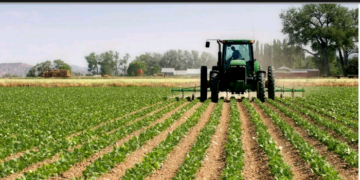 A developmental Organisation, Push Africa, has inaugurated a nation-wide initiative to redirect the attention of politicians and policy makers to the urgent challenges posed by escalating poverty in Nigeria.

Doris Egbaramen, Founder of PUSH AFRICA and convener of the” Do One Thing” campaign said this in a statement on Tuesday, in Abuja.

According to her, the initiative, tagged ‘Do One Thing” campaign, is designed to support Federal Government’s effort toward reducing the number of poor people in the country by half.

Egbaramen said one of the key objectives of the campaign was to focus the attention of prospective leaders who are aspiring to vie for various political offices to give priority attention to the raging increase in the number of poor people in the country.

“As political activities towards next year’s elections heat up, there is a need to show to the Nigerian people that they have a practical and actionable plan to tackle pervasive and deepening poverty at their various constituencies.

“A key component of the campaign is to create a platform where Nigerians most hit by poverty can tell their own stories as it affects them so as to show the depth and harsh realities they live with.

“The projection is aimed at exposing the vulnerable conditions in which they live, the nation’s elected and appointed leaders will be encouraged to take serious and actionable steps towards solving the problem,” she added.

She noted that statistics show that about 95.1 million Nigerians equalling close to half of the country’s population still live below the poverty line.

“This current situation is disturbing and if we are not intentional about this issue, the statistics will get worse and the consequences in terms of negative socio-economic impact and underdevelopment will keep getting worse,” Egbaramen said.

She said that the campaign would focus on engaging and articulating the problems of the poor in this country in a manner that will lead to sustainable solutions for poverty reduction over the next decade in Nigeria.

“The organisation will also point government to some community based opportunities that when harnessed can help reduce poverty in local communities across the 36 states of the federation.

“Also planned over the next few months are events that will create platforms for engagement with some political leaders aspiring for leadership positions to share their plans and aspirations for their constituencies with regards to poverty eradication, social and economic development,” she said.

Egbaramen called on the stakeholders to support the campaign alongside the organisation in order to build a nation void of poverty and unemployment.