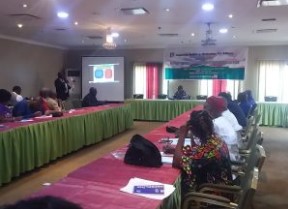 By Taiwo Philips On May 12, 2022
0
Share
Bassey made the assertion at a capacity training workshop for Editors in the South-South on Wednesday in Port Harcourt.
His lecture was entitled “Media and The task of consolidating Nigeria’s Democracy: A critical analysis of how far, how fair and outlying an agenda for the future.”
The workshop was sponsored by the United States Embassy.
According to the former Dean of the Faculty of Social Sciences, RSU, only the media have been found to be the main source of voter education.
He said “the mass media are indeed imbued with the capacity to wield an enormous influence on the people through widespread enlightenment awareness.
“The strongest is their ability to evoke voter apathy,” he said, adding that the media had remained relevant and gained public confidence due to their perseverance and tenacity of purpose.
“The media influence the emergence of political ideology by the fact of their being the platform on which political discourse happens.”
Bassey noted that the media would stay focused if it could actually keep the flame aglow through content and consistent portrayal  of events, adding that “this is where media advocacy comes in. It must be noted that media advocacy is a form of journalistic activism.
“It abolishes journalistic deviations like countryman, cocktail, bootlicking, brown envelop journalism and lots more.”
Ahead of the 2023 general elections, Bassey said the media had the clarion call to pick up their groove as agenda setting institutions, saying that the “challenges are daunting but surmountable.
“The 2023 general election offers us a new vista. The outcome will either make it or break our confidence in the geographic and political entity known as the Nigerian state.
“Societal dynamics have entrusted the mass media with the enormous task of deepening our democracy. The clarion call is for all sets and segments to play by the rules.
“An abdication of the rules of engagement is an invitation to anarchy,” he said.
He added that journalism could animate “our democracy through constructive separation of powers and the instutionalisation of the firm belief in the supremacy of the law.
“Journalism can do this through the exercise of its oversight function of exposing wanton violations of the principles of governance as they relate to the three arms of governments, thus giving verve to its conceptualisation as the fourth Estate of the realm.
According to him, journalism deepens the root of democracy driven by purpose, honesty and integrity in  contradistinction to sensationalism and sycophancy.
“In a democracy, powered by the will of the people, journalism does more than keep the citizenry informed but enables them to echo their voices in the chambers of power while providing them with the basic facts necessary to monitor trends and moderate the sources of power that shapes their lives.
“This is the bedrock of a pedantic culture of good democractic principles embellished in the ideals of ensuring an egalitarian Nigerian state in 2023,” he said.

Earlier in his opening statement, the president of the Nigerian Guild of Editors, Mr  Mustapha Isah, said that the only way democracy could work is for Editors to monitor closely the activities of politicians.

He said the media should be the vanguard of educating the electorates on the need to reject monetary enticement from politicians, saying doing that would amount to mortgaging their future.

The Guest Speaker, Edetaen Ojo, Executive Director of Media Rights Agenda, Lagos, in his paper, entitled, “FOIA As Editors Tool for Promoting Transparency and Accountability”, focused on how the editor could use the FOI act to regulate and hold accountable the actions and activities of politicians, especially political and public office holders.

According to him, the regulatory agencies in the country have failed, so the onus rests squarely with the media to make use of the FOI act to successfully keep those in governance in check as the watch dog of the society.

In his presentation, Mr Azubike Ishiekwene, a mass communication scholar, said Editors should present facts to stay relevant for media credibility before the society.

In his paper, entitled “Getting it Right: Editors and the fight for fact”, Ishiekwene  noted that the journalism profession is losing grounds due to fake news being mostly promoted by new media.