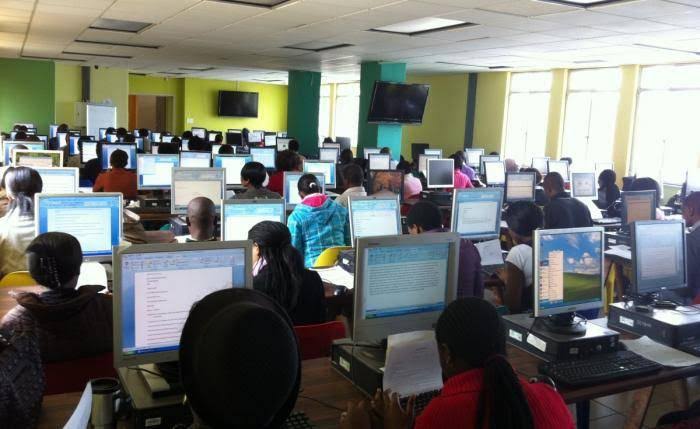 Okebukola, Chairman, Joint Admissions and Matriculation Board (JAMB) Equal Opportunity Group (JEOG) stated this in an interview with newsmen on Thursday.

He spoke on the sidelines of the commencement of the board’s 2022 Unified Tertiary Matriculation Examination (UTME) for visually-challenged candidates in Lagos.

The News Agency of Nigeria (NAN) reports that the JEOG is in charge of conducting the UTME, not just for the visually impaired, but for others with disabilities such as autism and Down Syndrome.

The goal is to ensure that no eligible Nigerian is prevented from taking the examination, regardless of any disability.

The chairman said that this year’s exercise was taking place in 11 centres nationwide, with 383 candidates in this category participating, under the watch of seasoned academics and university administrators.

He said that the development was to bring the venue of the examination closer to the candidates, especially with the current security situation in the country.

Okebukola said that the candidates were being tested in a total of 20 subjects, including Arabic, French, Chemistry, Music, Hausa, Igbo, Yoruba and Use of English.

According to Okebukola, who is also the coordinator of the Lagos Centre, the JEOG, since 2017, has processed about 2,200 candidates for the UTME.

He said that over a third of them had been admitted to study courses of their choice in institutions of higher learning across the country.

“Let me clearly state here to you that Nigeria is blazing the trail, when it comes to providing access to higher learning to this category of persons in Africa.

“This JAMB initiative has been cited in the last four years in several countries, as a good model for Africa. It received respectable mention at a recently concluded UNESCO meeting in Paris on May 7.

“I just got back from that UNESCO meeting, where we were to assess the number of people with disabilities’ access into universities and I am very proud to mention to you all, that Nigeria easily came tops and the best in Africa.

“In spite of the fact that many of these universities do not have the facilities to take care of them, we are still providing placements for them and expanding access and so, if you ask me, I will say we are doing well,” the former NUC scribe stated.

Okebukola lauded the JAMB boss, Prof. Ishaq Oloyede, for his efforts in ensuring that persons with disabilities in the country were given equal opportunity in accessing higher learning in institutions of their choice anywhere in the country.

The JEOG chairman noted that a good number of blind candidates for instance, processed through the group, had secured placements in federal, state and private Universities Polytechnics and Colleges of Education.

Giving a breakdown of statistics of the placements, Okebukola stated that in 2019, of the 390 candidates that sat for the examination, a total of 175 gained admissions.

According to him, the feat is unprecedented in the history of admissions of such category of students into the country’s higher education system.

“JAMB is grateful to the vice chancellors of these universities for this,” he said.

Okebukola said that in 2020, 89 of the 351 visually-impaired candidates that sat for the UTME were also given placements in various universities across the country.

He noted that in 2021, a total of 110 of the 332 candidates in this category that sat for the same examination were given placements to institutions of higher learning.

This, according to him, in an annual cohort, is unprecedented in the African higher education system.

Okebukola stressed that visually-mpaired candidates were tested on the same test items as their sighted counterparts, using the blended mode of examination administration, such as use of computers and the traditional braille slate.

He noted that the candidates also used stylus/typewriters in answering questions that were read out to them, by subject experts.

According to him, this is in alignment with the current state of development of the country’s higher education system, with regard to education of the visually impaired.

He noted that the JEOG was already implementing a strategic plan of gradually increasing the ICT component of administration of the UTME.

This, he said, is to match improvement in ICT usage for the education of visually impaired persons in the country’s institutions of higher learning.

The former NUC scribe noted that the JEOG hoped to propose to JAMB to institute awards for the top three tertiary institutions with the highest number of candidates with disabilities admitted in a given year.

He said that the group also hoped to propose that the board hosts a biennial African Regional Conference on Equal Opportunities in Higher Education, with effect from 2023, to be chaired by Prof. Oloyede, the JAMB boss.