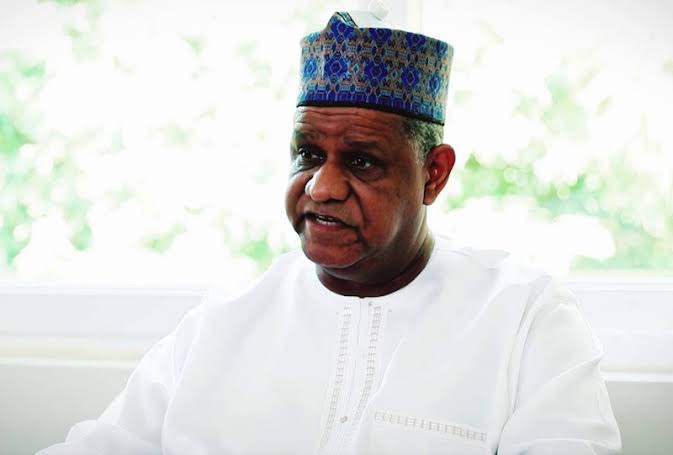 By Olumide Gbenga On May 14, 2022
0
Share
Hayatu-Deen stated this on Friday in Jos while addressing Plateau delegates ahead of the party primaries slated to hold later this month.
The presidential aspirant said that there were monumental issues facing this country but they would be tackled by first fixing the nation’s economy.
“We have a big  economy security problem, unless we can secure this economy and make it function at its peak, then our lives do not make much meaning.
“It is very important to actually rebuild this economy from ground zero,  reorganise it and address certain critical issues that are important to every Nigerian”, he said.
He said that unless Nigerians have access to basic needs of life, the other insecurity and challenges would continue to fester.
Hayatu-Deen said that energy security “is another very important security challenge that needs urgent attention”.
The aspirant noted that part of that area of security had to do with availability of power.
“This country is a very large gas zone. People are not just relying on hydroelectric power or other kinds of power but to rely on a vast reservoir of gas for power.
‘We have abundant sunshine, especially in this part of the country: and we should be in a position to be able to use the solar energy.
“So energy security is critical and we will pay a lot of attention to,” he stated.
Speaking further, Hayatu-Deen said that he would ensure  political security to have a fairly stable political system that would guarantee Nigerians’ ability to exercise their freedom to elect whom they want into office.
According to him, Nigerians will do that without having to put anyone under any undue influence.
“Political security means that we’re able to organise our elections efficiently and effectively to guarantee that you’re going to participate and choose long of your choice,” he said.
He emphasized environmental protection as another important area where Nigeria farmers would be protected from the hazards of flooding and other challenges.
Mr Chris Hassan, the Plateau PDP Chairman in his remarks, said that Plateau delegates would assess the aspirants and settle for the best for the good of Nigeria.
Hassan said that he would identify with the aspirant that would unite the nation.
0
Share FacebookTwitterGoogle+ReddItWhatsAppPinterestEmail
You might also like More from author