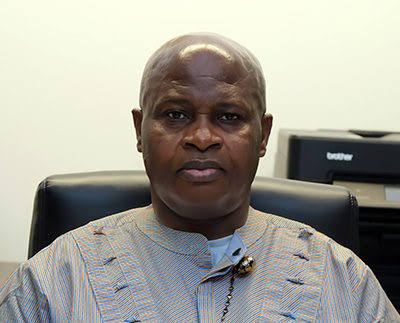 The North American Correspondent of the News Agency of Nigeria (NAN) reports that Egopija gave the commendation at  the 25th Anniversary of Eko Club USA, Inc, Houston at Texas, U.S.

The envoy said Nigerians breed excellence at everything they do and Houston had benefited from that excellence, adding that Nigerians are also naturally very friendly, resilient, resourceful, industrious, respectful, and hospitable.

“I wish to thank our Nigerian nationals in Houston for their exemplary conduct and notable contributions to the growth and development of this City.

“We also express joy and pride at the generosity given to Nigerians by the City of Houston and State of Texas. It is not by mistake, therefore, that so many Nigerians have chosen Houston as their homes,’’ he said.

According to him, Houston is also more diverse and culturally rich because of the contributions of our Nigerian community.

Egopija also commended the ‘Lagosians’ living in the state for bringing ‘Èkó’ rich culture and tradition to the U.S., extolling them for preserving the diverse and rich Èkó cultures.

“We must realise that our culture is what makes us tick. It is our bond, our identity, our history, norms and values that tie our people together.

“While we are in the diaspora, we should not lose touch with our heritage. There is a saying that if a people lose their culture, they lose their identity – they don’t know who they are,’’ he said.

In this regard, he said the Consulate had been doing a lot to promote and showcase Nigeria to the world through Cultural Shows and Independence Day Parades and Carnivals.

The envoy said the Consulate had held two Cultural Shows in 2021 and plans to host more in 2022, urging the club to partner with the mission in the upcoming shows.

“The shows are very symbolic way through which Èkó Club can showcase Lagos rich indigenous traditional festivals to the world.

“This also serves as one of the most creative ways the diaspora can promote the development of their roots,’’ he said.

In his remarks, the President of the Club, Bashir Agoro, said Eko Club USA Houston Inc, had been an active participant in the medical mission to Lagos, organised by Eko Club international, an umbrella organisation of Lagosians in America, Canada and Europe.

Agoro said the club would be fully engaged in sending medical equipment to rural hospitals in Lagos during its next mission to Lagos.

“The event marks the success of continued struggles and challenges that similar organisation encounters in diaspora.

“Our fantastic members, with great minds, constantly seek resolution to our differences to facilitate better tomorrow,’’ he said.

According to him, Eko club Houston Inc is a non-profit organisation with a primary purpose to promote the quality of life of the people of Lagos State.

He said the objective of the club is to preserve and support the cultural heritage, render humanitarian assistance, encourage community development and growth as well as mobilise the indigenes of Lagos in the state.

Similarly, one of the founding fathers of the club, Otunba TJ Abass urged members to be united in purpose and encouraged them to continue to draw motivation from the humble beginning of the club.

Also, to promote communal friendship, love and cultural awareness among the members as well as to become a dependable partner with the government by making their intellectual and professional available for the development of their state.