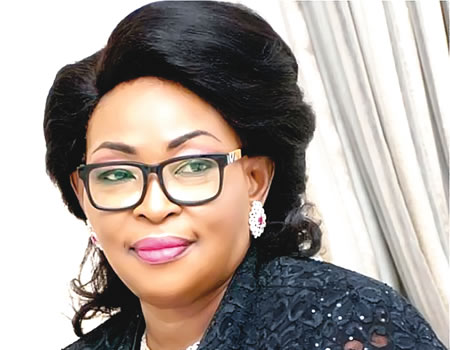 Adetuberu, the Founder, Mending Lives Foundation, made the plea in Ibadan on Wednesday at a programme on “Gender-Based Violence: Abuse, Vulnerability and Way Out”.

It was organised by Afriwomen and Voice of Professionals Women in Nigeria (VOPWIN).

Adetuberu urged women to determine to speak up and not die in silence.

“Don’t see any abuse as normal; it’s OK, he has anger issues, he is just being moody, stop rationalising for an abuser.

“If you are sexually abused, say it out; if you are a child, speak out, don’t die in silence. Don’t allow any man to bully you into having sex with you,” Adetuberu said.

According to her, violent abused is not gender-based, as both males and females are victims.

Adetuberu called for collaboration and use of professionals, as well as government’s support toward eradicating the menace from the society.

Also, Prof. Rotimi  Animashaun, a Counselling Psychologist from the  University of Ibadan, urged women to be assertive to claim their rights without injuring anyone.

Animashaun described families as key in ensuring reduction in gender-based violence and abuse as well as ensuring proper upbringing of their wards.

“Violence doesn’t start with sexual abuse, but it includes domestic use and street hawking, rape and so on.

“People from poor families, rural areas, polygamous homes are susceptible to gender- based violence,” he said.

Animashaun said that poor parenting and substance abuse were some of the factors responsible for violence and abuse in Nigeria.

Earlier, Mrs Bukola Osho, the Founder, Afriwomen, said that the programme was geared toward empowering young girls with knowledge on gender violence, their vulnerability and way out.

Reports  have it that participants at the event included students from Methodist Grammar School; Anglican Commercial Grammar School; Ikolaba High School and Abadina College, all in Ibadan, female journalists and representatives of women law clinic, University of Ibadan, among others.